Site 5: The Jewish Cemetery on the Lido 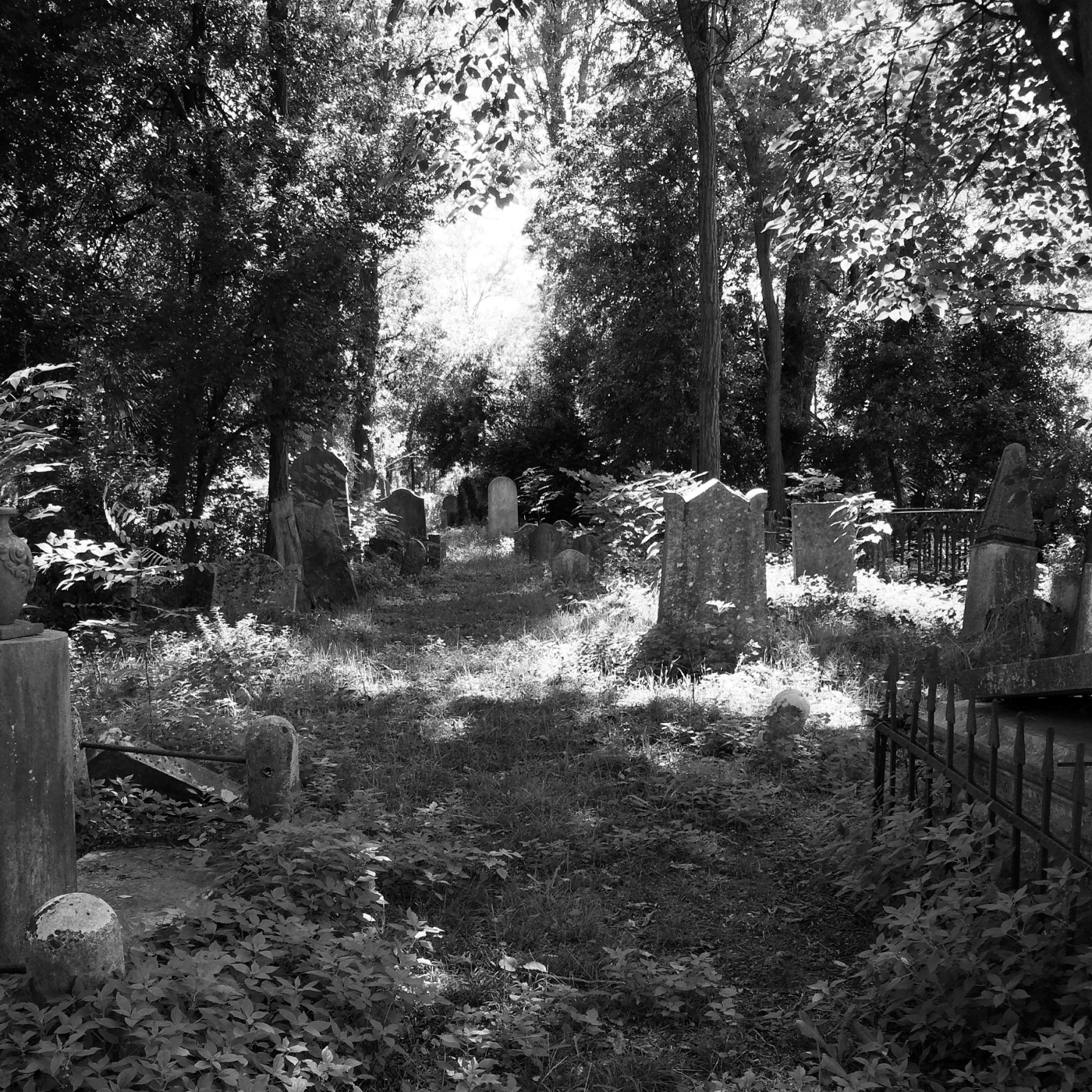 For the first time on my cemetery tour, I have finally visited a cemetery unlike the others. It’s old (the oldest one so far) but is not famous for its monuments. In fact, its not famous for anything, but that’s why I like it.

cemetery there, the Jewish population had their own cemetery on Lido, the long thin island that neighbours Venice. Most people know Lido because the Venice Film Festival is held there, or because of its beaches (which is where the tourist info lady wanted to send me, before I could even tell her where I wanted to go).

I’ve read about the Old Jewish Cemetery (1389-1681) there, which can only be visited by guided tour, but unfortunately that was not available to me this time, so I went to the New Jewish Cemetery (which is still quite old, it’s older than San Michele) instead. (Actually, I think I did. I’m not sure. There’s lots of conflicting information on the web). It’s right next to the Catholic cemetery next door, which I visited, but is clearly quite new and had nothing to interest me photographically or historically.

I was very much the only person there, other than the young guy who was cutting the grass and came to open the gate to let me in. Despite the apparent grass-cutting, this is a very old, overgrown cemetery. Lots of monuments, but of course, being a Jewish cemetery, there were no statues here. That said, this cemetery broke a few rules, because there are some monuments with either pictures or relief sculptures of the deceased, and there is even a large housing for cremated remains. It was quite interesting just walking around and being surrounded by all this lush growth, with worn and overgrown gravestones tucked away between the trees and long grasses – I wish I had brought

infrared film with me, this would have been a perfect place to shoot it! The light was strong but the trees provided a lot of shade and it was nice to see the dappled light everywhere. Almost all of the monuments are written in Hebrew or Italian, so that meant I couldn’t read anything, but is was interesting to see the different kinds of symbols (scrolls, lamps, trees, family crests, some inverted torches) that were here.

Quality of Monuments: Old and interesting. This is the oldest cemetery I visited so far, and it shows. There are a lot of simple, slab-type (often triangular) gravestones in the older section, but larger more showy ones in the “newer” section. There are some relief sculptures, mostly of funerary symbols, but some are images of people. I found the large tomb that held funerary urns the most interesting part of the cemetery.
Cemetery Grounds: Old and interesting. I don’t like calling any cemetery creepy, because they certainly aren’t, but this one is so lush and overgrown and isolated it could have that feeling here. A lot of the old graves/gravestones are broken, and are placed very close together. The ground is also soft in some places, and with all the fallen leaves and twigs and pinecones and long grass it would be easy to trip here if you don’t pay attention to your surroundings. The larger part of the cemetery (the central part) is more maintained with the grass clearly cut and the monuments mostly larger and mostly standing erect, unlike the older overgrown areas.

Visitors: None. No mourners, no tourists. Just me and the groundskeeper, who was no where to be seen while I was there.

Photographer Notes: It’s lush and overgrown so infrared would be a good choice here. There are a lot of long grasses so bring the bug spray ’cause you’re going to need it!

Overall Satisfaction: High. I was pleasantly surprised by this place. It’s a very stark contrast to the Catholic cemetery next door.

Location: Lido, Venice. Take the ferry to Lido, most likely you will get off at Lido (SME). If you follow the street north it (keep the lagoon to your left) it will eventually turn into Via San Nicolo. Right after you pass the San Nicolo ferry/water bus stop, there will be a road to your right called Via Cipro. Go down this road. You’ll notice a brick-walled compound to your left, which are the cemeteries. The first cemetery is the Catholic cemetery. If you continue further down the road you’ll come across the New Jewish Cemetery. There will be a big iron gate (probably closed) – if you are there during opening hours, call out and hopefully the groundsman will let you in.