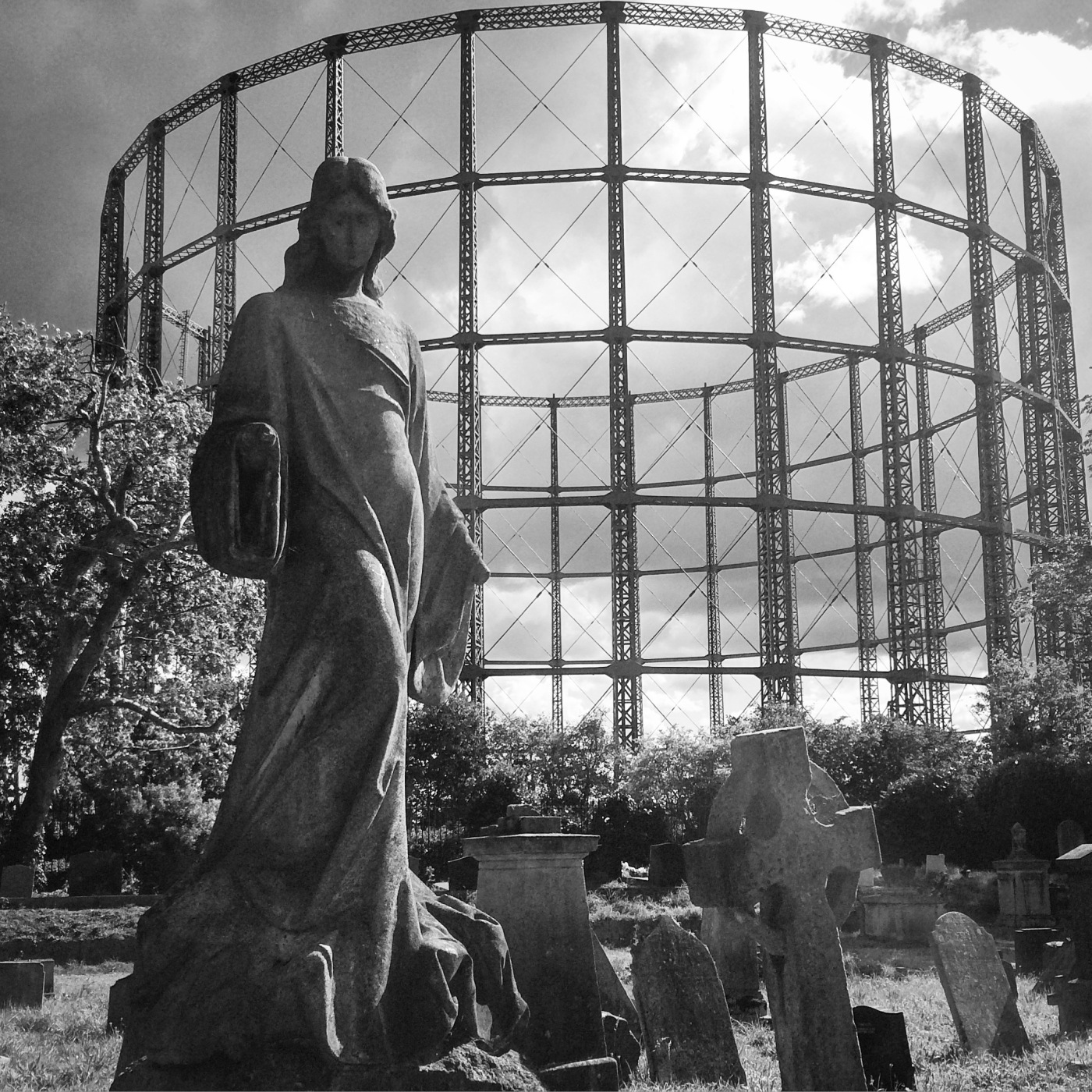 After arriving in London on the Eurostar I met up with some fellow photographers and we headed over to Kensal Green Cemetery, the first of the “Magnificent Seven” cemeteries to be created in London to help deal with the massive overcrowding that was happening in London’s churchyards. It was modelled after Paris’ Père Lachaise cemetery and opened in 1833. The first noticeable difference between the French and English cemeteries is that the English ones are definitely “garden” cemeteries with plenty of trees and winding paths. Kensal Green is quite an open cemetery around the edges but has plenty of trees shading the monuments in the middle. Most of the grand monuments and tombs are down the shaded central path. I found this the most interesting part of the cemetery, although it was fun to explore the more open areas, although it did mean taking care on the uneven ground – sometimes I felt like I might actually fall through a grave! (Of course I try to avoid walking over graves if possible, but sometimes there is no other choices, especially in crowded areas where the graves are quite close together).

Unfortunately, due to a misunderstanding with my fellow photographers (and incorrect time on my iPhone), I didn’t get to explore the dissenters part of the cemetery, but I was happy enough with the shots I did get.

Quality of Monuments: There are some large tombs that are quite interesting, and a variety of statues, although most of the statues are of the angel variety, and the same ones appear again and again.

Cemetery Grounds: This cemetery is quite big (72 acres) but it’s much longer than it is wide. The grounds have a lot of long grasses and other plants that are allowed to grow in order to provide a natural habitat for birds and other species. The open sections are like overgrown meadows. It’s a very pleasant place to walk around.

Visitors: There were a few mourners while we were there, and an equal amount of tourists taking in the grounds. All in all, not very many.

Photographer Notes: With the overgrown sections it would be prudent to have good shoes and/or long trousers to deal with the uneven ground (a bit soft in some places) and scratchy vegetation. That being said, I did fine with my Birks. I did see one photographer there using a tripod, and I think it’s okay to use one (as it is in all the cemeteries here, except Highgate West).

Location:  Kensington and Chelsea. Take the tube to Kensal Green. There are two entrances to the cemetery that tend to be open (a third, far from the station, was closed when we checked). After you exit the station turn left and walk to the main road and cross the street. If you look to your left you can see the wall the runs the length of the cemetery and if you follow that wall you will get to the main entrance of the cemetery. If you look right, you’ll see some businesses (there’s a bar call the Mason’s Arms right there) but if you walk about 100-200 metres beyond that you’ll find the other entrance just past these buildings. This entrance is near the dissenters entrance of the cemetery. It closes later (17:30) than the main one (17:00)