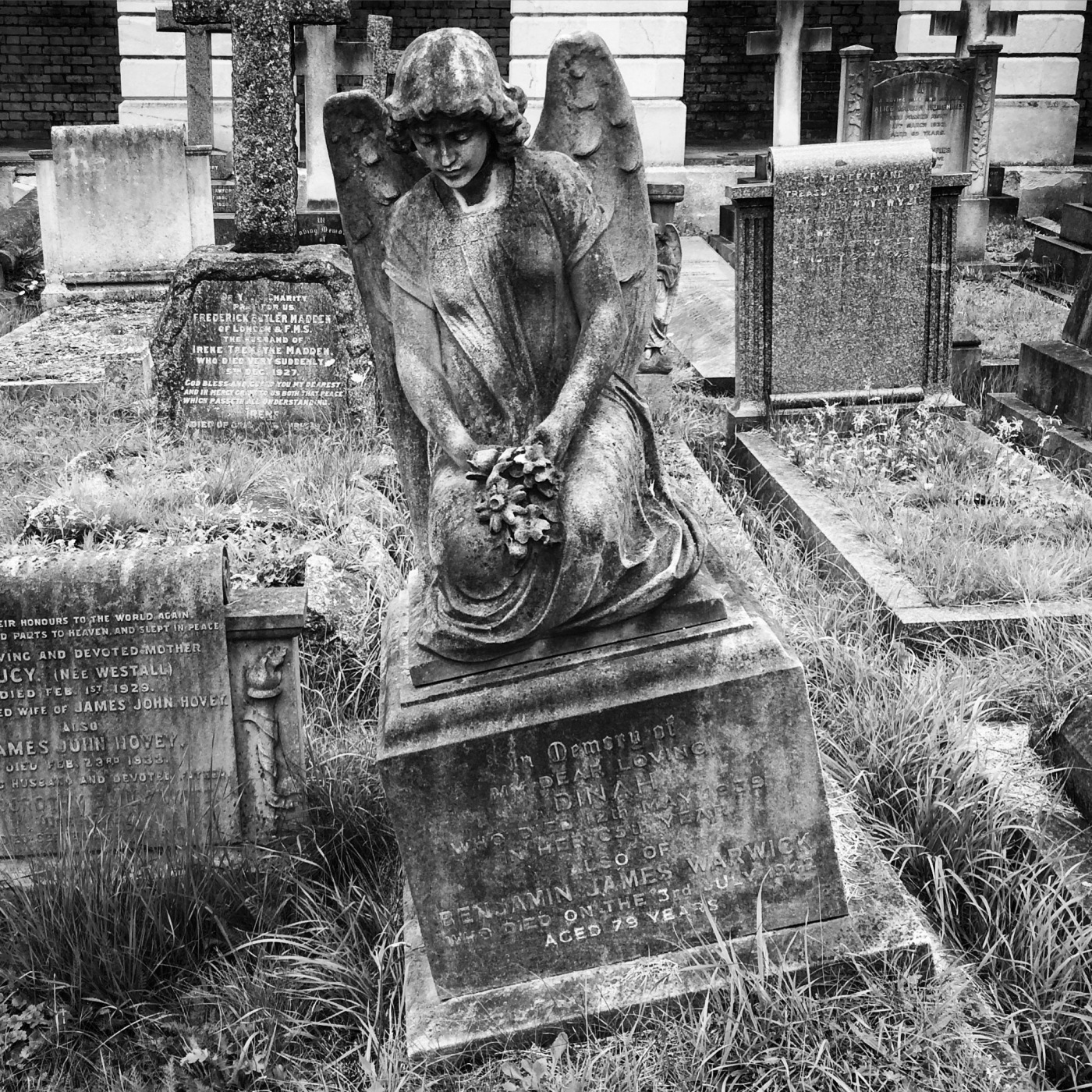 With only a few days left in my massive cemetery trip, I was suffering from cemetery burn-out. I had hoped to visit all 7 of the Magnificent Seven cemeteries, but with a sore foot and rainy weather (plus cemetery fatigue) I knew that it probably wouldn’t happen. I had to choose from the remaining four that I hadn’t been to – Brompton, West Norwood, Tower Hamlets, or Nunhead. In the end I went with Brompton, partly because it was easier to get to, and partly because it is somewhat famous, often appearing in movies, for example, Sherlock Holmes.

Brompton Cemetery is one that has a bit more of a genteel feel to it than some of the other Magnificent Seven Cemeteries. The architect who designed it had a long wide path going straight into the cemetery from the main gate, a kind of central nave that would run up to a high altar (the Chapel) with colonnades on either side that featured catacombs below. The cemetery is very symmetrical, with parallel paths on either side of the main one. Of course, as I usually do, I did not go up the central path but instead went left and explored the smaller, more lonely sections first. 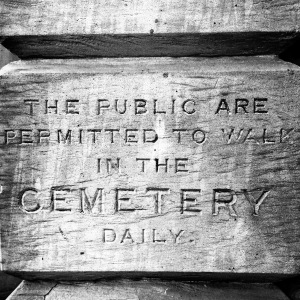 While parts of the grounds are overgrown, it is definitely one of managed neglect, rather than of complete abandonment. This cemetery is quite large and open, like a park, and many locals use it as such, for walking (dogs), jogging, and even cycling (although there are restrictions for each of these activities on certain paths). The highlight of this cemetery is the semi-circular colonnade, which features the most interesting statues, and of course have the iron gates leading to the catacombs below. As I walked back out of the cemetery I did spend some time photographing the interesting family tombs along the main avenue. They seemed to be a favourite resting place for birds and other critters, and I was able to get some interesting photos (I hope).

Quality of Monuments: Good. Most statues are of angels, but there are also a lot of interesting (celtic) crosses here too. There are a few elaborate family tombs. Smaller monuments and gravestones mark the outer paths, but the inscriptions are interesting to read.

Cemetery Grounds: Around 39 acres so it’s fairly large but easy enough to explore. The smaller paths may not be as well groomed as the larger ones.

Visitors: Quite a few locals were here when I visited – using the place as a green space/park. As such, it has less of a cemetery feel than any of the other cemeteries I have visited.

Photographer Notes: This is a bright and airy cemetery, so light shouldn’t be a problem unless it’s raining.

Cemetery: Brompton Cemetery (The West of London and Westminster Cemetery)

Location: Near West Brompton rail station. In fact, take a hard right when you exit and you’ll be at the edge of the cemetery. The front gate is not far away.