This is the end…of my cemetery tour (for now) 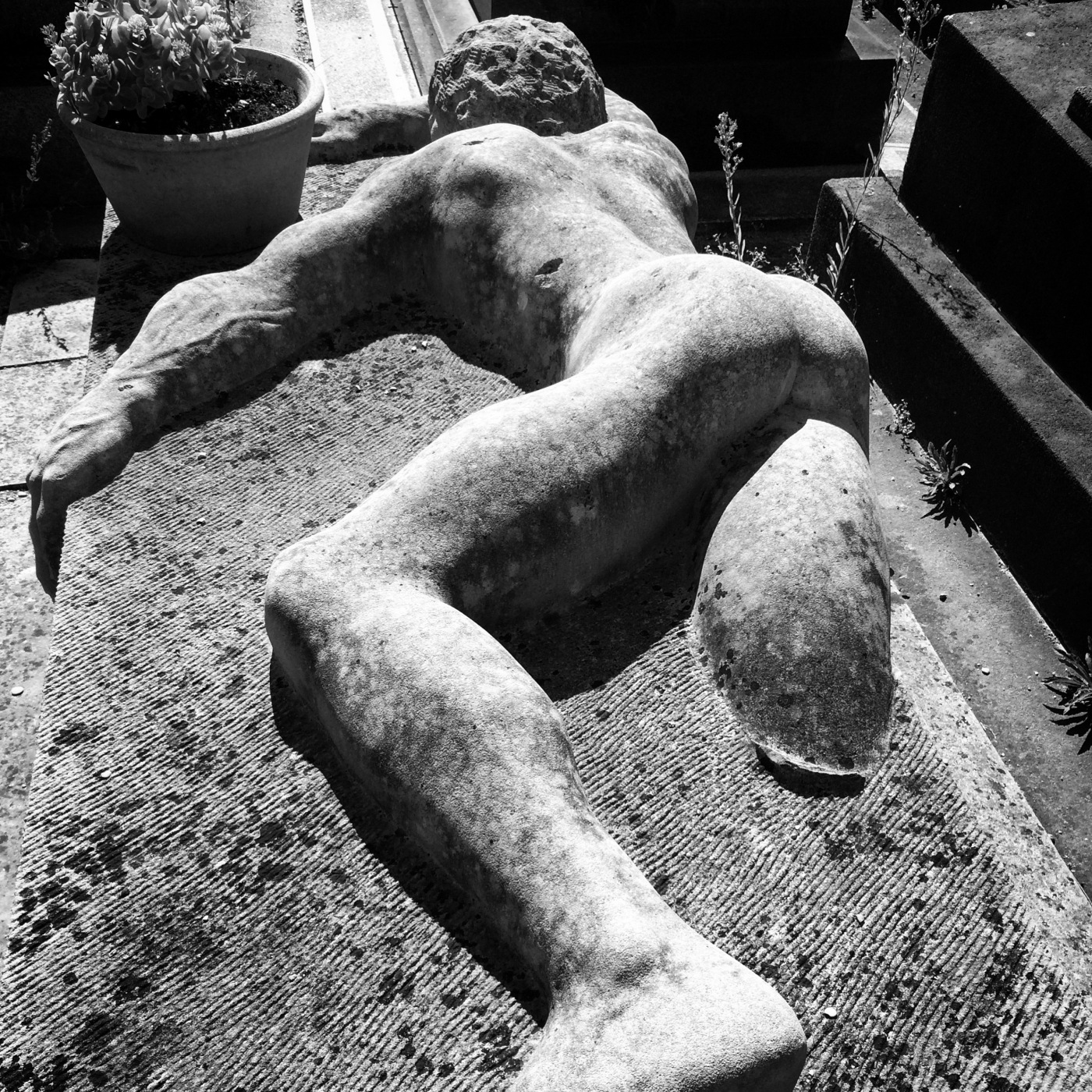 …of my European cemetery trip. I didn’t see as many cemeteries as I had hoped, but I did visit more than I had realistically planned. Overall I was happy with the places that I visited, but it also left me wanting to see more (especially in Italy).

I was worried, when I first began planning this trip, that I would get a bit “cemeteried” out from seeing so many, and to some extent, that did happen. This happens to all of us when we travel, we spend so much time visiting the same type of sites that after a while the fatigue sets in, no matter how magnificent the place. For me, part of the problem was that, even though I was very keen to visit the Magnificent Seven in London (plus others), by the time I got to them I had been to nearly 20 cemeteries already. Also, the plain fact is that they are very similar, especially in terms of statues and other imagery. There were just so many angels! A lot of them were the exact same angel, recycled over many plots. That said, being able to read the descriptions on the gravestones was in fact more interesting for me – when they were legible that is. However, I feel like I didn’t give the English their due, and would definitely like to go back and spend more time there, not only revisiting the ones I have already been to, but exploring the ones I haven’t. Actually, that’s true of everywhere – Italy especially, but there are many places across Europe that are begging to be visited as well. Now that I’m back in Japan for some time though, I’ll try to write more about the cemeteries here that I can get to.

What amazed me throughout my journey was at all the small, but significant differences in mourning that different cultures have. The little birds on the gravestones in Prague’s Olsany cemetery, the constant references to “sleeping” in London cemeteries, the sumptuous family graves in Italy, the identical iron crosses in Vienna’s nameless cemetery. A cross is a cross, an angel is an angel, yet they are expressed in so many different ways.

Of course, spending time in cemeteries makes you consider how you would like to be remembered. While I would love a monument that would inspire people throughout the ages, like many that I have already referenced on this site, the reality is it will probably be something small (if at all). That said, I was very impressed with this monument designed by a photographer who has made a name for himself as a cemetery photographer:

Well, even though I’ve finished with this trip, I will of course keep writing about other cemeteries (and related places and events). I already have my cemetery travel wishlist (part 2 and 3!) taking shape in my mind, I just need to find a way to make them a reality.