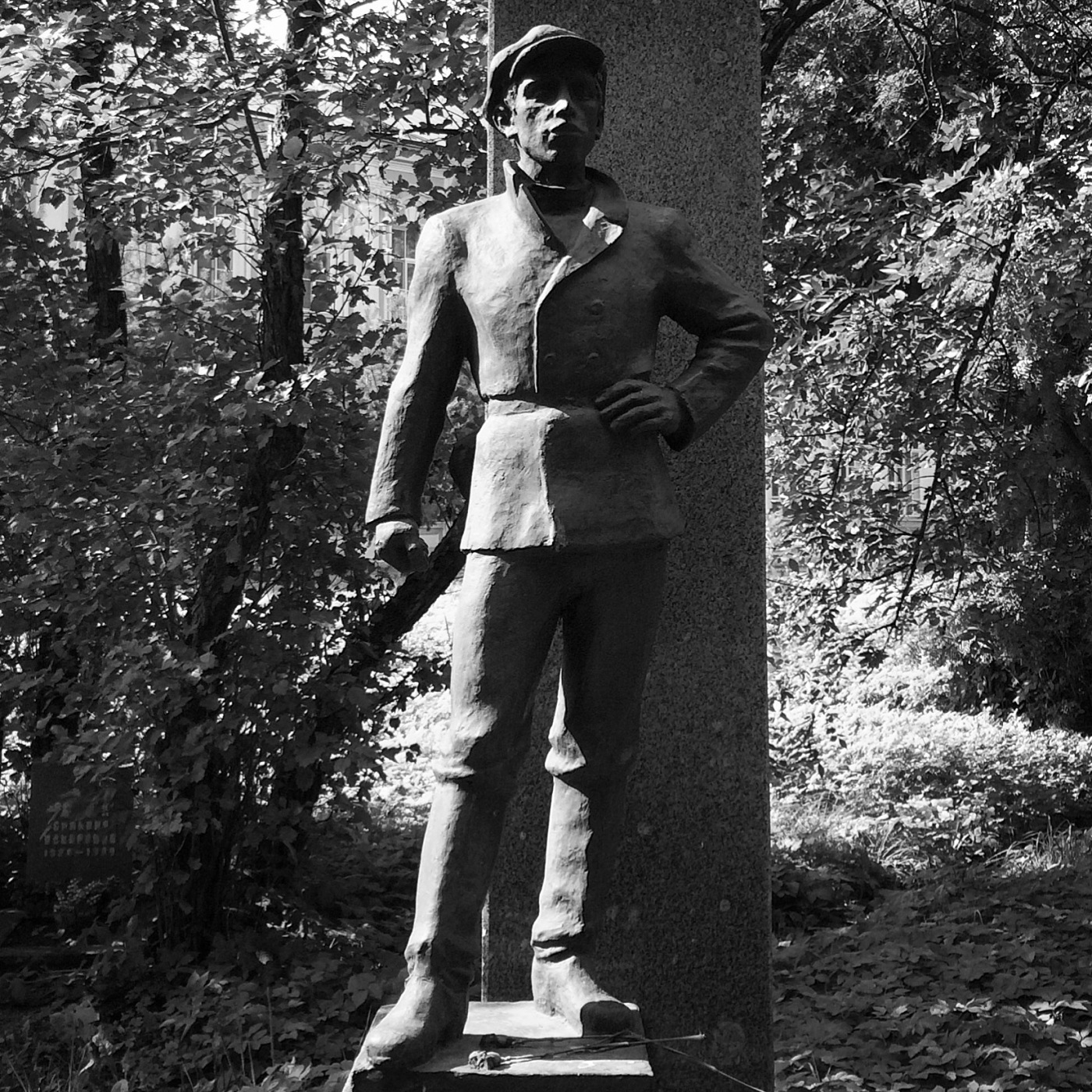 This cemetery is the newest of the four at the Alexander Nevsky Monastery in St. Petersburg, Russia. The first burials here were in 1917, and included those who participated in Bolshevik demonstrations, the Civil War, and, as so named, for Cossacks. Eventually it got renamed as the Communist Cemetery, and it stayed that way for some time, until it finally regained it’s original name.

There are some proud Communist statues here, but many of the graves are small and overgrown. The cemetery lies in front of the cathedral, and it’s almost like strolling through a park, as there are not so many graves here compared to the other cemeteries on the premises. I was not prepared for the long grasses here, so I did get a few insect bites and thorny scratches, but nothing too serious. It’s definitely worth a look, but if my time was limited at the monastery this would definitely be the cemetery to skip over.

Is that an iPhone? …

Quite a number of crosses here

Quality of Monuments: Most of the gravestones (and some statues) seem to date from 1917-1950. The section directly in front of the cathedral has the most monuments, as you walk further into the grounds the memorials become more spread out.

Cemetery Grounds: It’s like a large, overgrown park with trees. There are cleared (and not cleared) pathways throughout the grounds. There are benches to sit on in some places.

Visitors: Since many people come to see the cathedral, they often end up wandering through this cemetery as well, although most just stick to the main section.

Photographer Notes: Like many other places with trees, a lot of dappled light here. This cemetery, like Tikhvin, faces east, so perhaps it would be better to visit in the morning when the monuments get lit by the sun. I was there in the mid afternoon so often had to deal with backlight (not good) and sidelight (ok).

Location: Inside Alexander Nevsky Monastery, in front of the Cathedral. No fee to get into the cemetery, although there is to the monastery grounds (although my fee was waived off, I don’t know why).