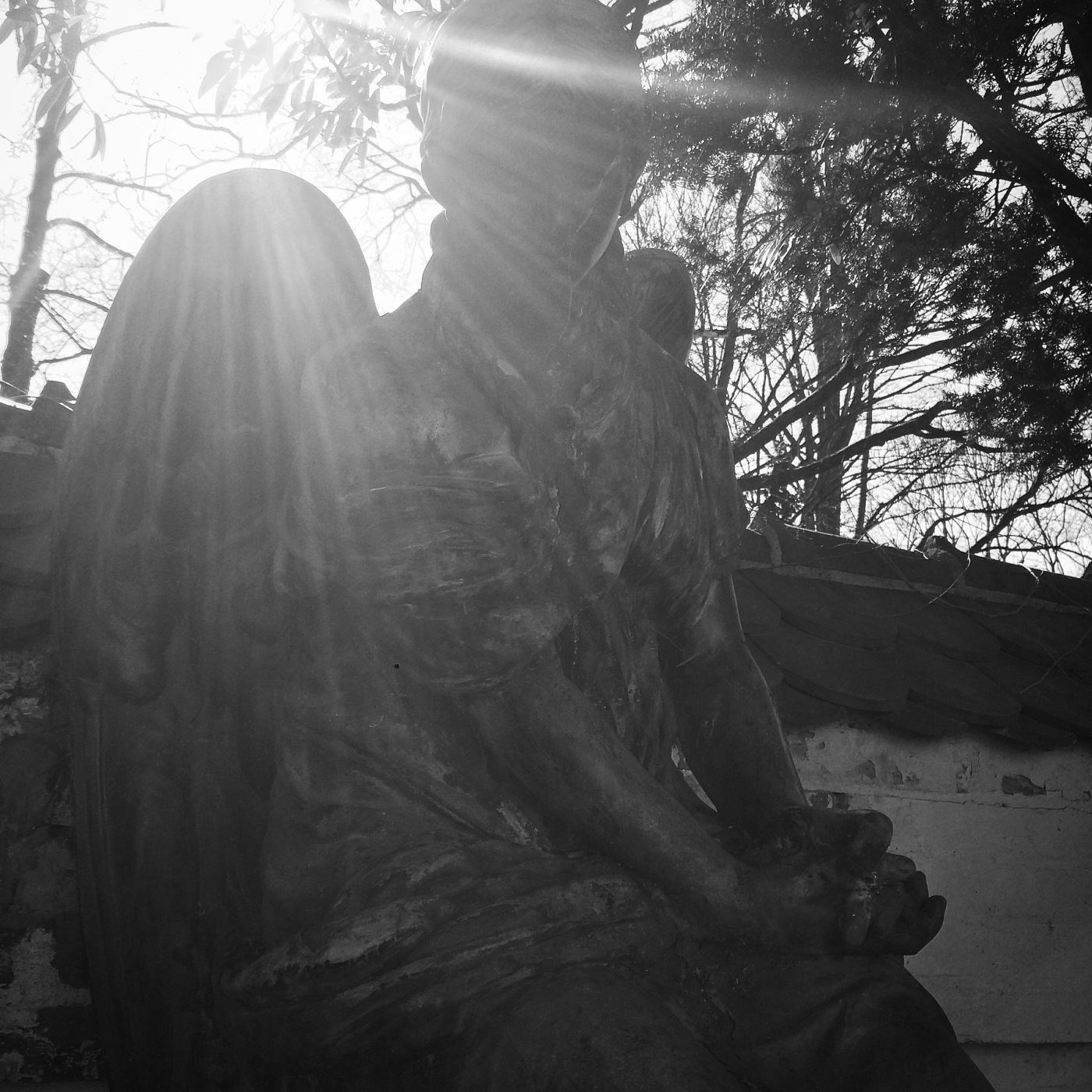 I’m in Munich for a conference at the university, and was unprepared for the almost two hour lunch break they had set aside for us. So I decided to see if there were any cemeteries nearby, and I found one just in the other side of the Englischer Garten. After a quick lunch in the park, I went to find it.

Having Google maps was useful as I doubt I would have found it on my own so quickly. While it is a cemetery that surrounds a church, its at the top of hill, right next to a playground. However, stone or brick walls are often a signifier for cemeteries and it was clear that as I reached the top of the hill that the cemetery was right there.

This is a small cemetery that surrounds Church St. Georg. The graves here are a mix of old and new, and they were very well tended. While I was visiting, the local groundsman was working on removing debris from this past winter, along with planting spring flowers on many of the gravesites. It appears that German cemeteries feature a lot of flower beds that appear in front of each headstone. It’s quite nice actually, as it adds a lot of colour – something which is not that common in cemeteries.

I wasn’t able to spend much time here as I had to rush to get back to my conference session, but it was a nice place to stroll around. With a local park/playground nearby, the sounds of children playing were constantly in the background while I was here, giving it a more lively feel than most. 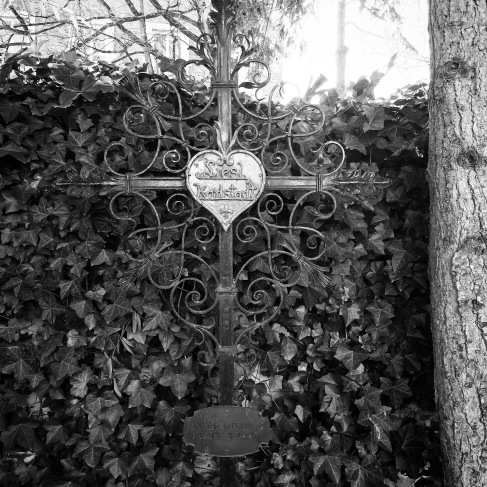 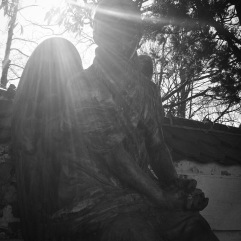 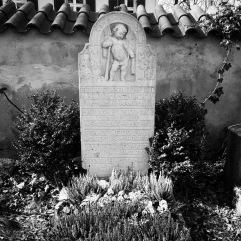 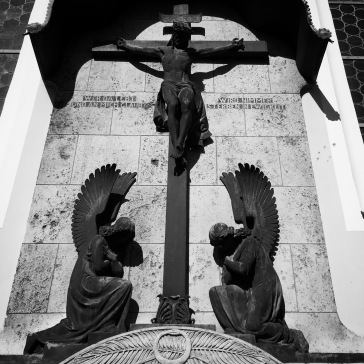 Along the wall of the church

Quality of Monuments: Only a few statues here, and most of the graves appear newish and well-tended.

Cemetery Grounds: This is the smallest cemetery in Munich (0.22 hectares) – there are only 240 people buried here. You could easily do the cemetery in 5 minutes or less if you were in a rush. But it was interesting walking around and looking at the different monuments. The cemetery is at the top of a small hill – it’s not difficult, but may be if you have mobility issues. The cemetery itself is flat and has easy paths to walk around.

Visitors: None, except for the groundskeeper.

Photographer Notes: In winter months, beware of strong backlight due to the low-lying sun.