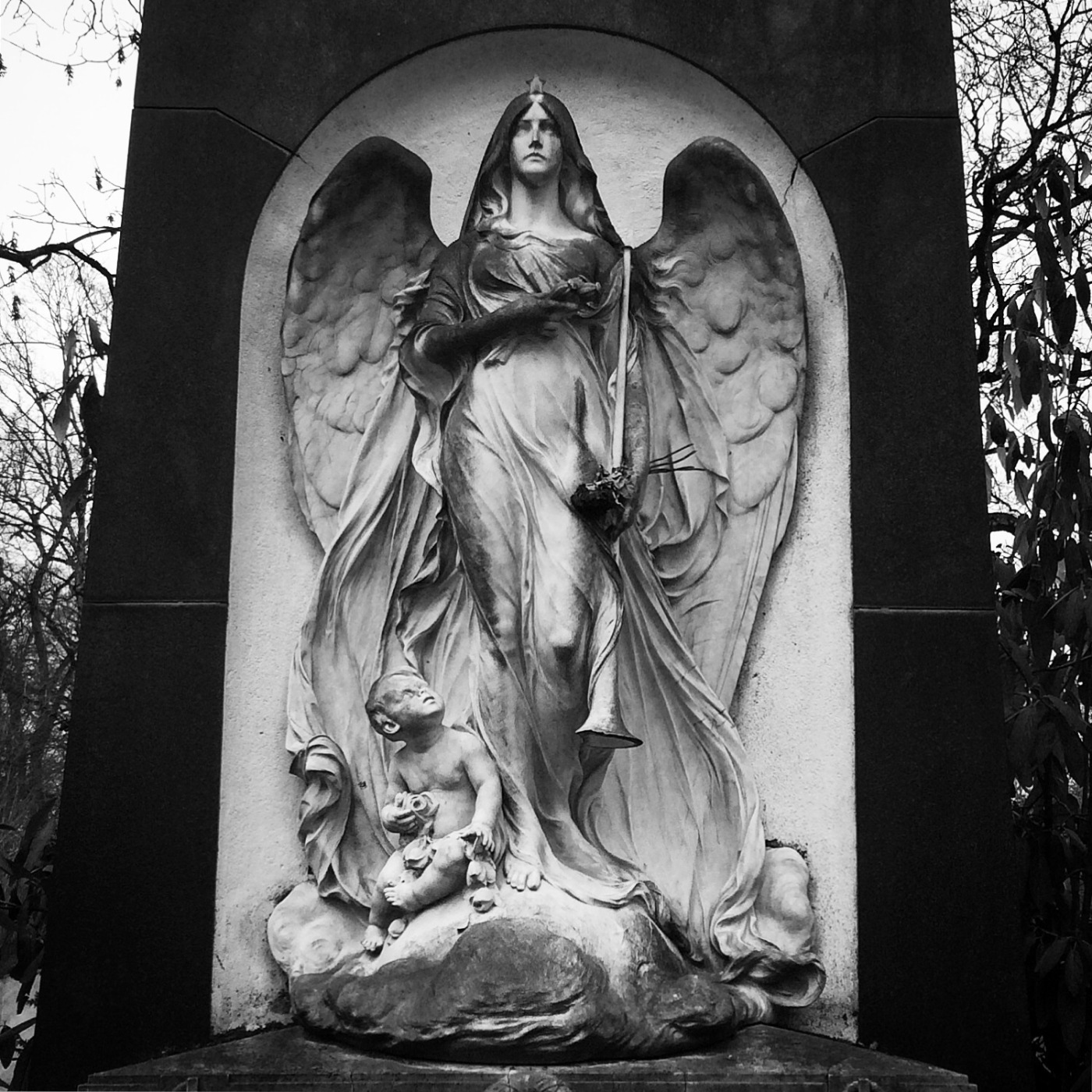 There was a light drizzle as I made my way to one of Munich’s largest cemetery, the Ostfriedhof. But it looked like the sky was clearing as I arrived, so I wasn’t too worried about it. There is a streetcar that will bring you right to the edge of the cemetery, but I took the metro so had to walk a little bit – the sight of the long brick walls were a clear beacon as I got closer and closer.

Like Nordfriedhof, this cemetery is still very much in use, and there were quite a number of people (mostly elderly) within the grounds. As a result, I found myself wandering in a larger and larger semi-circle away from the entrance. I have to admit that I was more than a bit tired at the start of my explorations, as my two previous cemetery wanderings had taken quite a bit out of me.

There are some interesting statues/monuments here, but not many. I should note that when I say “interesting,” I mostly mean statues and reliefs that are (mostly) original, and not copies of something else. Unfortunately at this cemetery I saw many, many copies of the same grieving woman, again, and again. It reminded me a lot of the very similar, often copied, statues of angels I saw in London cemeteries. So once I took the “copies” out of the equation, as well as monuments to the recently deceased, there weren’t many left over. Of course I’m not complaining – the cemetery itself was still interesting to visit. 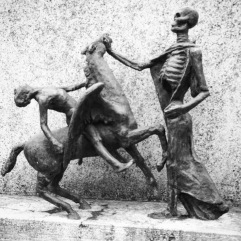 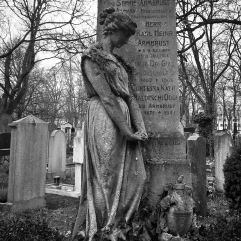 It has a bit of a dark history, as this is the place where opponents to the National Socialists (aka, the Nazis) were cremated and/or buried. Nearly 4000 bodies from Dachau, Auschwitz, and Buchenwald concentration camps were also cremated here, as well as political prisoners from Stadelheim Prison. In addition, after the war, in 1946, 11 Nazi war criminals were cremated here, including Hermann Göring, afterwards their ashes scattered in the Isar River.

I did come across memorials for the different victims, but I have to admit that as the afternoon wore on, my energy was seriously flagging, so I decided to call it a day. I wish I had had more time to explore, something I’ll be sure to do if and when I decide to visit Munich again.

Quality of Monuments: There’s a small variety of interesting statues here, otherwise this is mostly a modern working cemetery.

Cemetery Grounds: It’s quite large, and slightly hilly. The paths are clear and there are stairs in some areas. While I was there quite a lot of construction was going on.

Visitors: A fair number of people were here tending to graves, but as the cemetery is quite spread out, it didn’t seem like many.

Photographer Notes: As noted earlier, there may not be a lot here of interest to a cemetery photographer. If you visit cemeteries for more than that though, there’s lot to see.