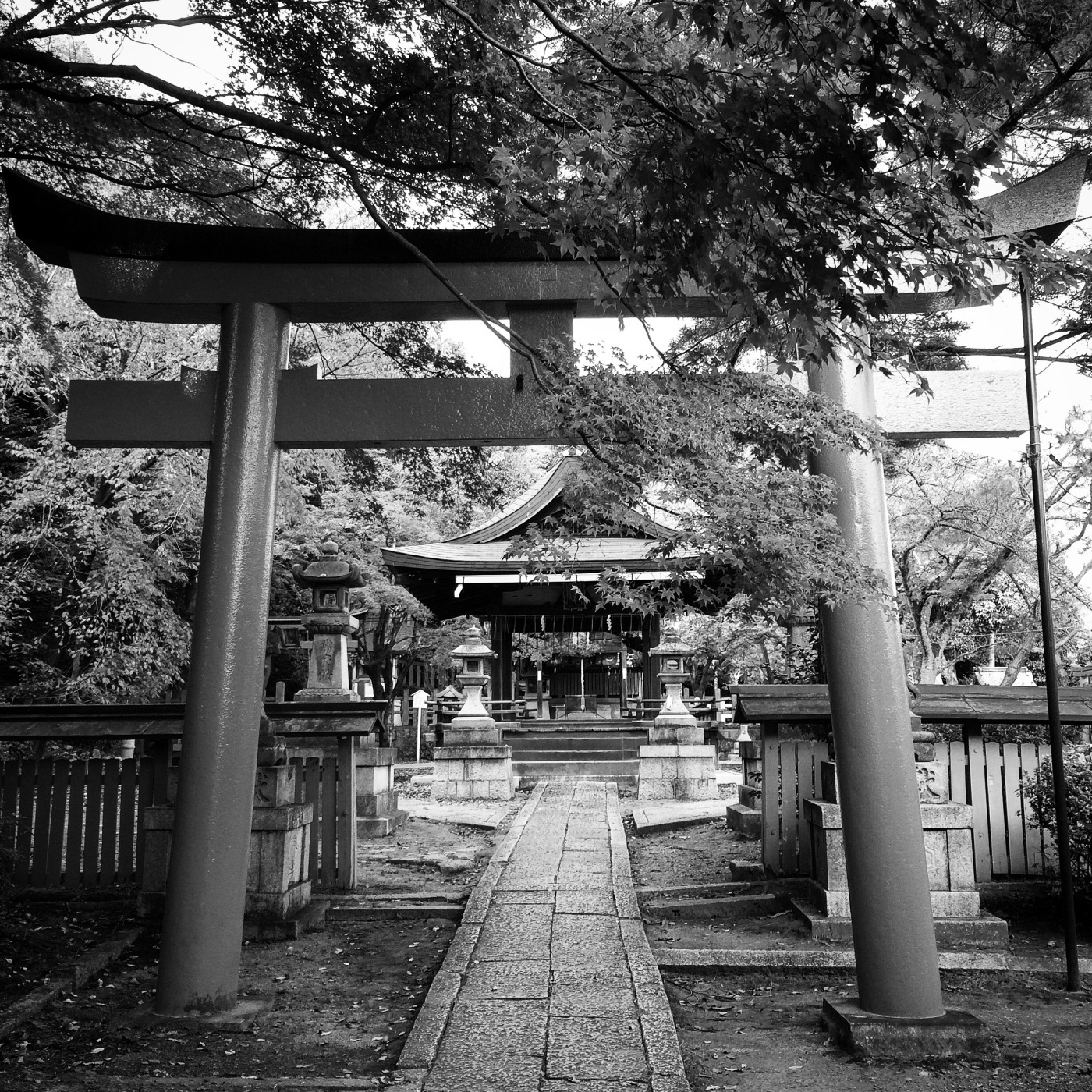 Generally speaking, most cemeteries in Japan are attached to Buddhist temples, as most people have a Buddhist funeral after they die. I never really think of shrines, which usually deal with “new” things (birth, marriage, new year, etc) as places where one might find a cemetery, but I was surprised when I came across Takenaka Inari Shrine, just behind Yoshida Shrine (est. 894 CE). This is definitely a place that not many people know of, or visit. I spent quite some time here and nobody else was around, save for the children playing at a nearby playground. I couldn’t find a lot of information about this place, but it appears to be fairly new, having been built in 1840. 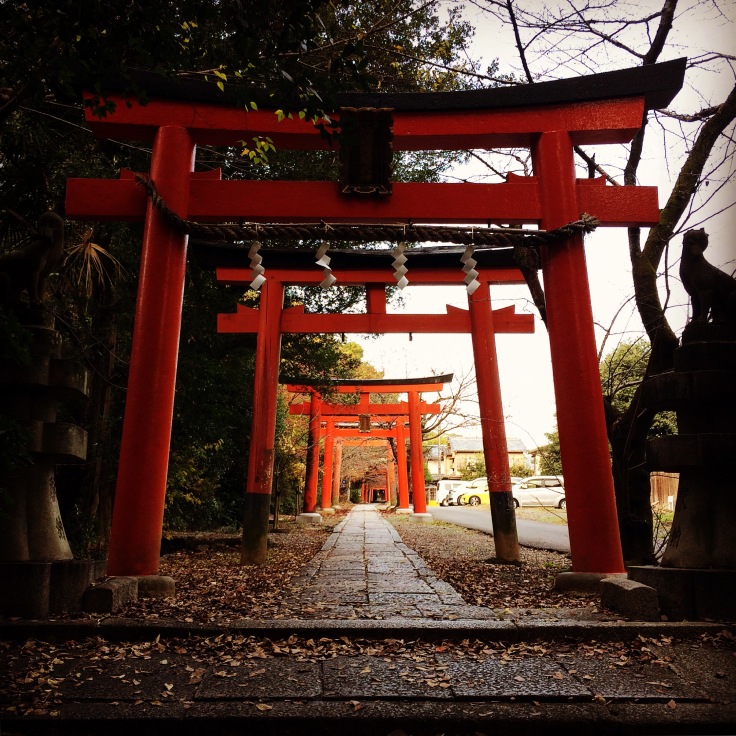 It’s immediately recognizable from the row of torii gates that line the pathway up to the shrine. In spring, those torii gates are made even more beautiful by the cherry blossoms in bloom along the route. I’ll definitely have to go back to visit then, although I must admit, coming here in the fall was equally beautiful. At the end of the pathway lies the shrine buildings, but also some (possible) gravesites, something I was not expecting. It’s a pretty small area and there weren’t many, but they were interesting nonetheless. 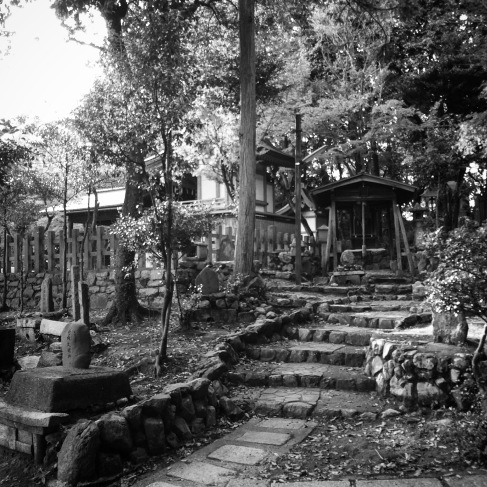 You can see a few gravestones scattered around the path 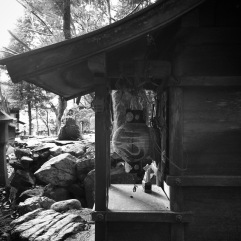 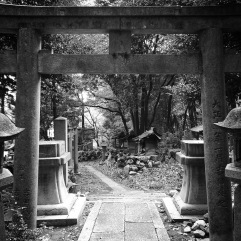 View from the shrine, looking down the path 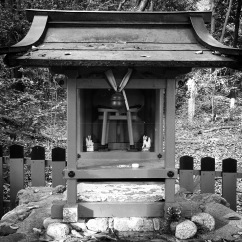 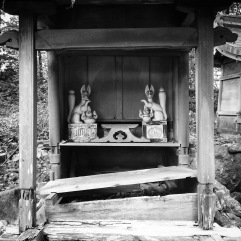 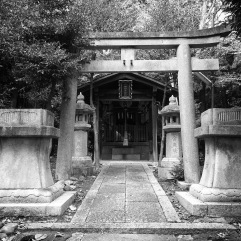 As I add photos to this post I’ve realised that I don’t have many of the actual gravestones themselves, however, in the images above, you can see a few small ones in the background, along the pathways. Are they graves? Perhaps not. Maybe just memorials of some sort? I’ll have to try to find a way to get more information about this place – there’s not a lot online, and none of the books I have about the city mention anything about it. Still, if you are ever in the vicinity, it’s well worth checking out. 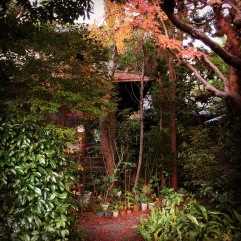 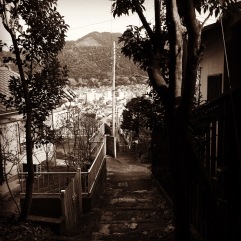 View of the Daimon-ji bonfire area, above Ginkakuji, from Tanekawa Shrine 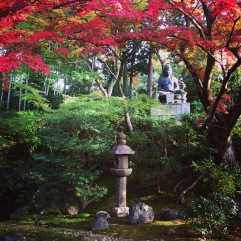 Monuments: In addition to the shrine buildings, there are small hokora (mini shrines) scattered over the hill, as well as the stones that seem to be gravesites or some other kind of memorial. There aren’t many here, but like other small places I’ve visited, it’s still fascinating nonetheless.

Grounds: It’s on a small hill, so there are steps to navigate, but it’s a very small area so there really shouldn’t be any problems for most people who visit.

Visitors: None. This is very off-the-beaten-path for Kyoto and you will probably have the place to yourself.

Photographer notes: This is a very wooded area so the shadows can be quite dark here. It opens mostly to the south and east, so the mornings would likely be a good time to get some good light in here. As mentioned above, spring (cherry blossom season) and fall (fall foliage) are good times to visit.

Hours: As with most shrines, it’s open 24/7. It has three festivals during the year, on April  29th, September 28th, and November 3rd.