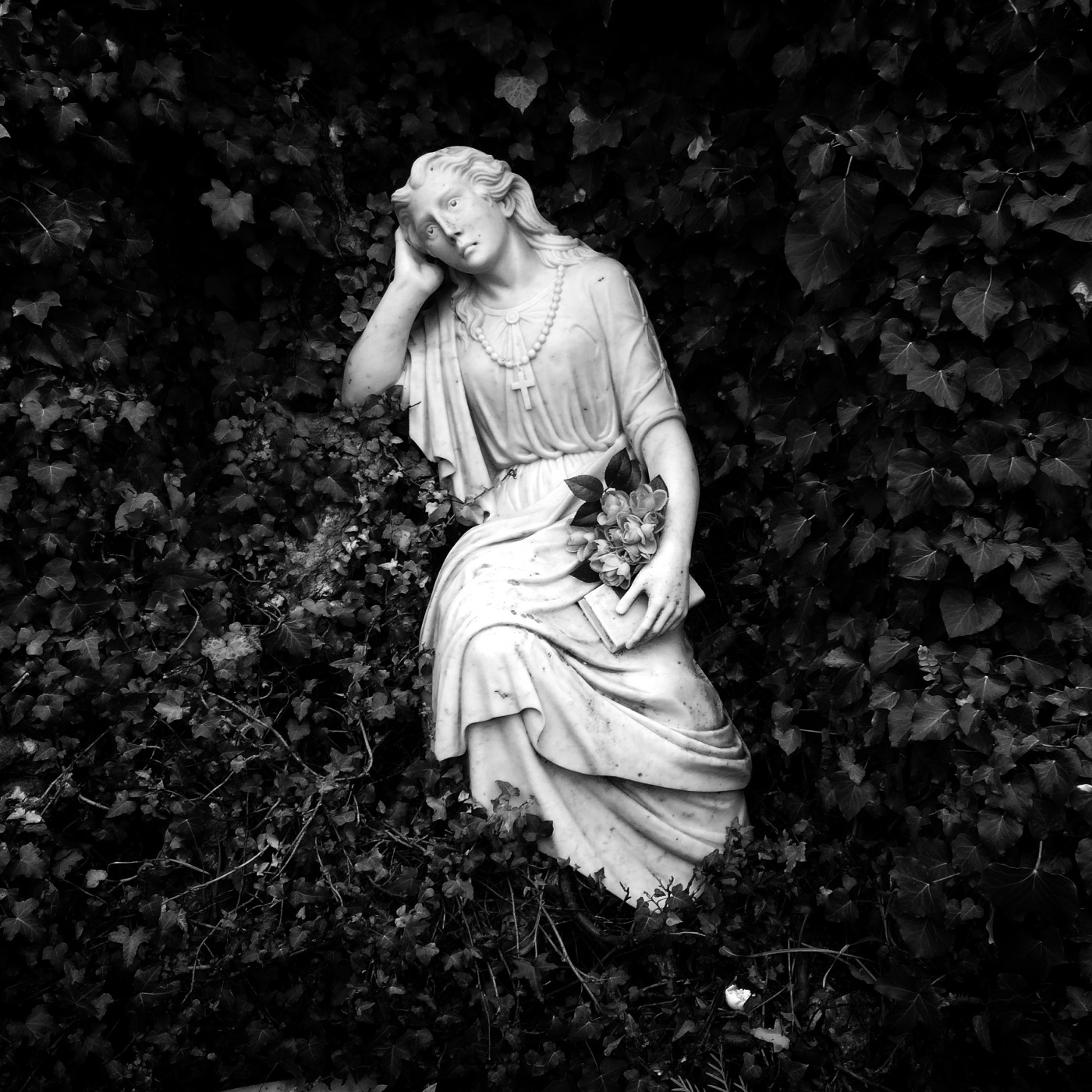 This is one of Porto’s private cemeteries that survived the ban on private ones in the 19th century. This was probably due not only to the wealthy who were buried here, but was also due to the fact that it was on higher ground, far away from most homes (at the time). However, when I came here it was surrounded on all sides by apartment buildings. In fact, what I saw first was the church. The Igreja da Lapa (the Church of Our Lady of Lapa) was built in the mid-18th century, and in 1833 a cemetery was created next to it. I saw the church, and I saw the cemetery walls (extremely high ones), but I couldn’t see an entrance, so thought I would walk the perimeter to find it. Foolishly, I realised (once I found it) that if I had gone to the left of the church entrance, instead of the right, I would have found it right away. 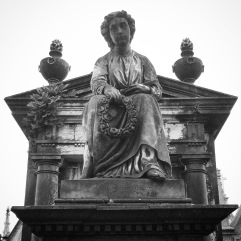 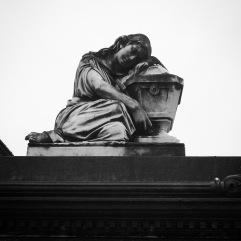 Initially this cemetery was meant for the board members of the church, but soon enough it became “the” place to be memorialised for all time. It’s quite clear when you enter the grounds here (or rather, the hill) that this cemetery is very different to the other big ones in Porto (Repouso and Agramonte). The quality and number of statues seem to be greater here, although that impression could also be due to the fact that it is a smaller cemetery and everything is closer together. 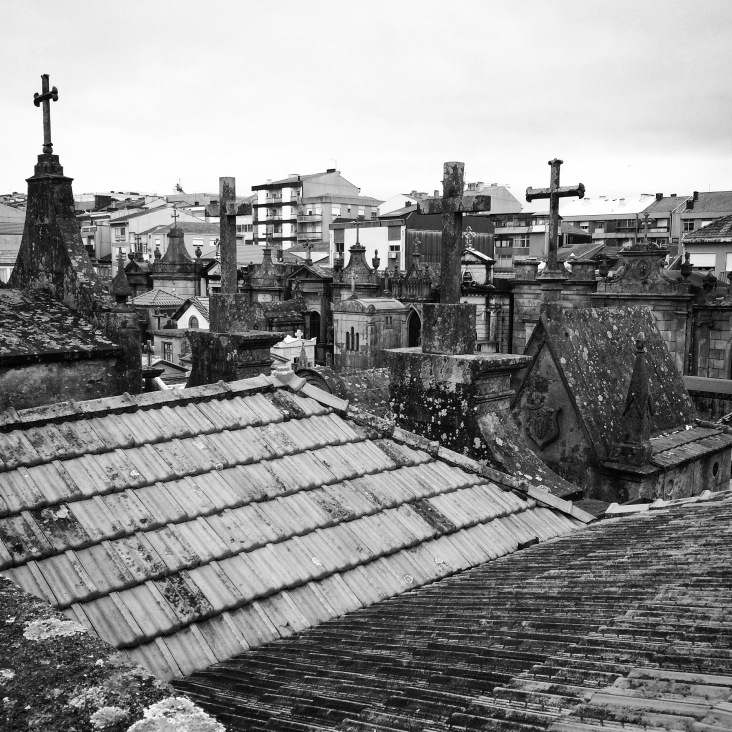 City of the dead

This really is a city of the dead. I know I say that a lot, but it is! The grand mausolea here are stunning, and when you reach the top of the hill you are actually just above the rooftops of the mausolea, something you cannot experience in most cemeteries. I wish I had brought a zoom lens with me to be able to get better pictures of the statues at the top of these structures, as I usually can only take them from below (which almost always leads to blown out skies as a result).  This impression was further emphasised by all the modern buildings surrounding the cemetery – in some cases it seemed like you didn’t know where the old and the new began.

Monuments: Some interesting statues, but really, it’s the mausolea and the details on them that make this place work.

Grounds: This is on a small hill behind the church, so there are some stairs, but it’s not too difficult to get around. This is a relatively small cemetery, although there is a lot to see.

Visitors: None while I was here.

Notes: A zoom lens would be good to get some nice photos of the statues atop the mausolea.