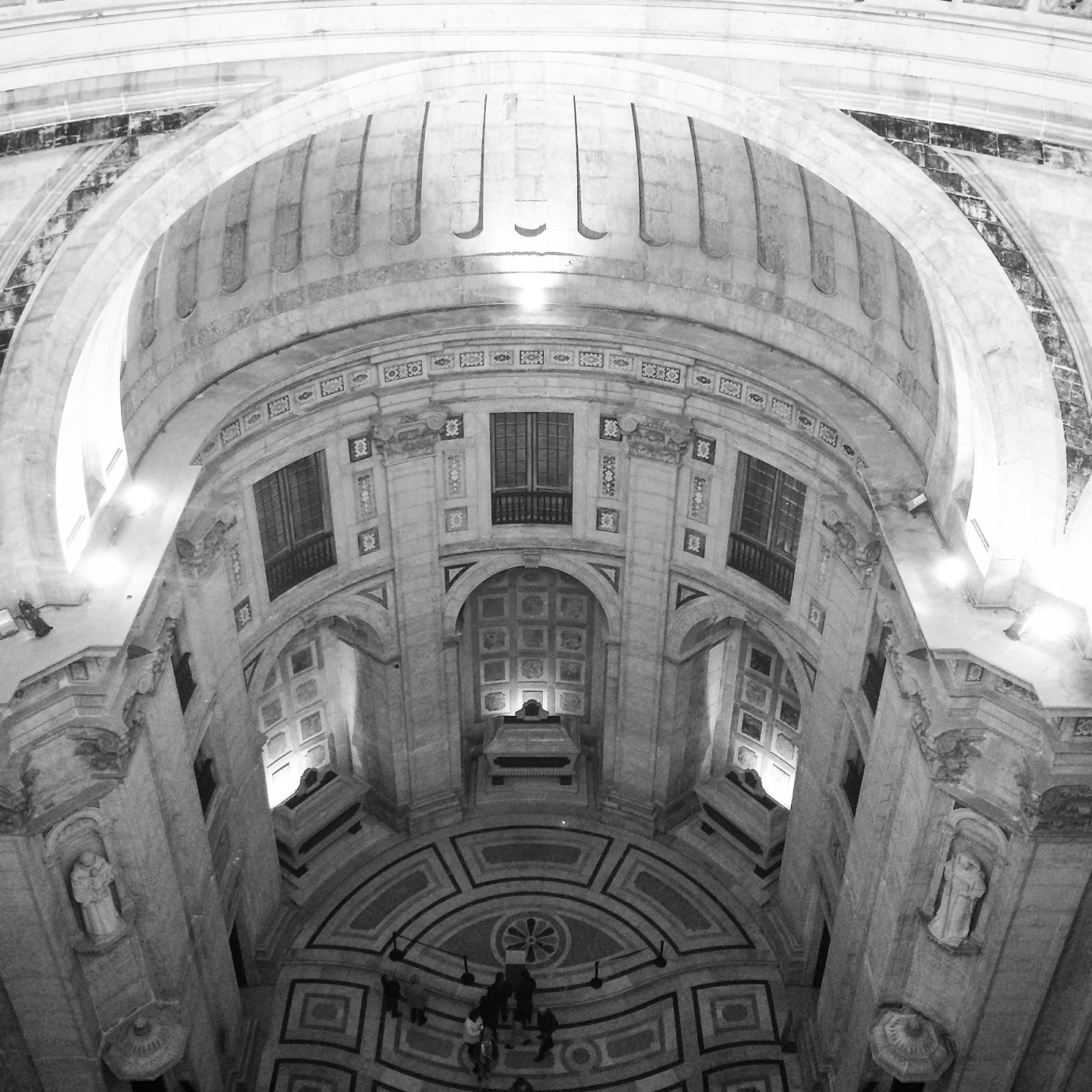 The 17th-century Church of Santa Engrácia became Lisbon’s pantheon in the 20th century in order to honour the country’s most illustrious people. It’s located in the Almafa district of the city, an area full of tiny winding streets that go up pretty steeply up the hill. This is the fado area of the city and where I was staying during the duration of my trip here. In fact, the Pantheon was only a few minutes from where I was staying so I decided to check it out while the rain came down for another day.

View from the choir

The church itself is really beautiful – the dome, the marble, the space, the light – I could have stayed much longer to take it all in. Some of Portugal’s most notable personalities are here, but not really – like Vasco da Gama, Henry the Navigator, and Pedro Álvares Cabral (the “discoverer” of Brazil) – there are cenotaphs with their names on them, although they are buried elsewhere (like the Jerónimos Monastery). Other famous people, mostly writers, poets, politicians, singers, and a footballer were reinterred here. Fado singer Amália Rodrigues (1920-1999) was originally buried at Parezes cemetery, but was moved here after public demand. 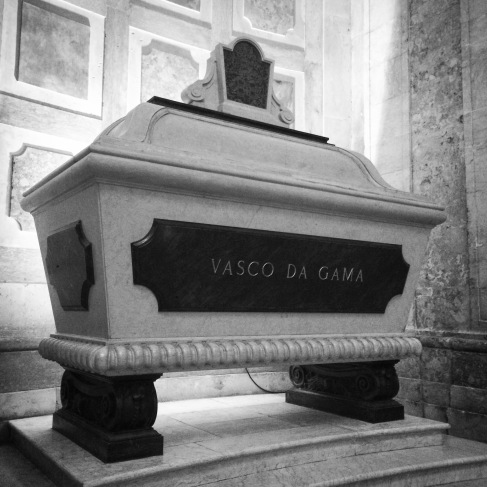 Interestingly, the monuments to all of these famous people are quite simple, with just their names on the side. I guess that’s enough of a memorial when you are famous. Amalia’s tomb was the only one that had a huge flower arrangement next to it. 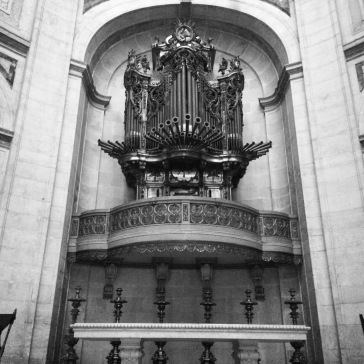 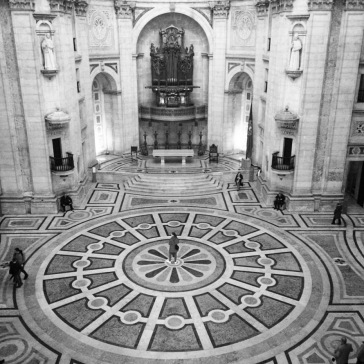 When visiting the Pantheon, you can go right to the top onto the terrace and have amazing views of Lisbon and the sea, if the weather cooperates. But the other floors have small galleries dedicated to the building, showing plasters of the various elements of the building, including some old gravestones that were part of the old, original church.

Monuments: Not many. The cenotaphs and. The 18th century organ is particularly interesting.

Grounds: The main floor has all the tombs, but the best part is going up to the choirs and terrace to get the bird’s eye view of the place. I took the stairs but there is an elevator available.

Visitors: Quite a few when I was here. I wonder if the rain had more people visiting than usual.

Notes: Bring a wide angle to get as much of the geometric patterns that you can. It’s light and airy and provides for a lot of photographic opportunities.

Cemetery/Site: Church of Santa Engrácia (aka the National Pantheon)

Established: Officially commissioned in 1570, but not completed until 1966. Converted to pantheon in 1916.