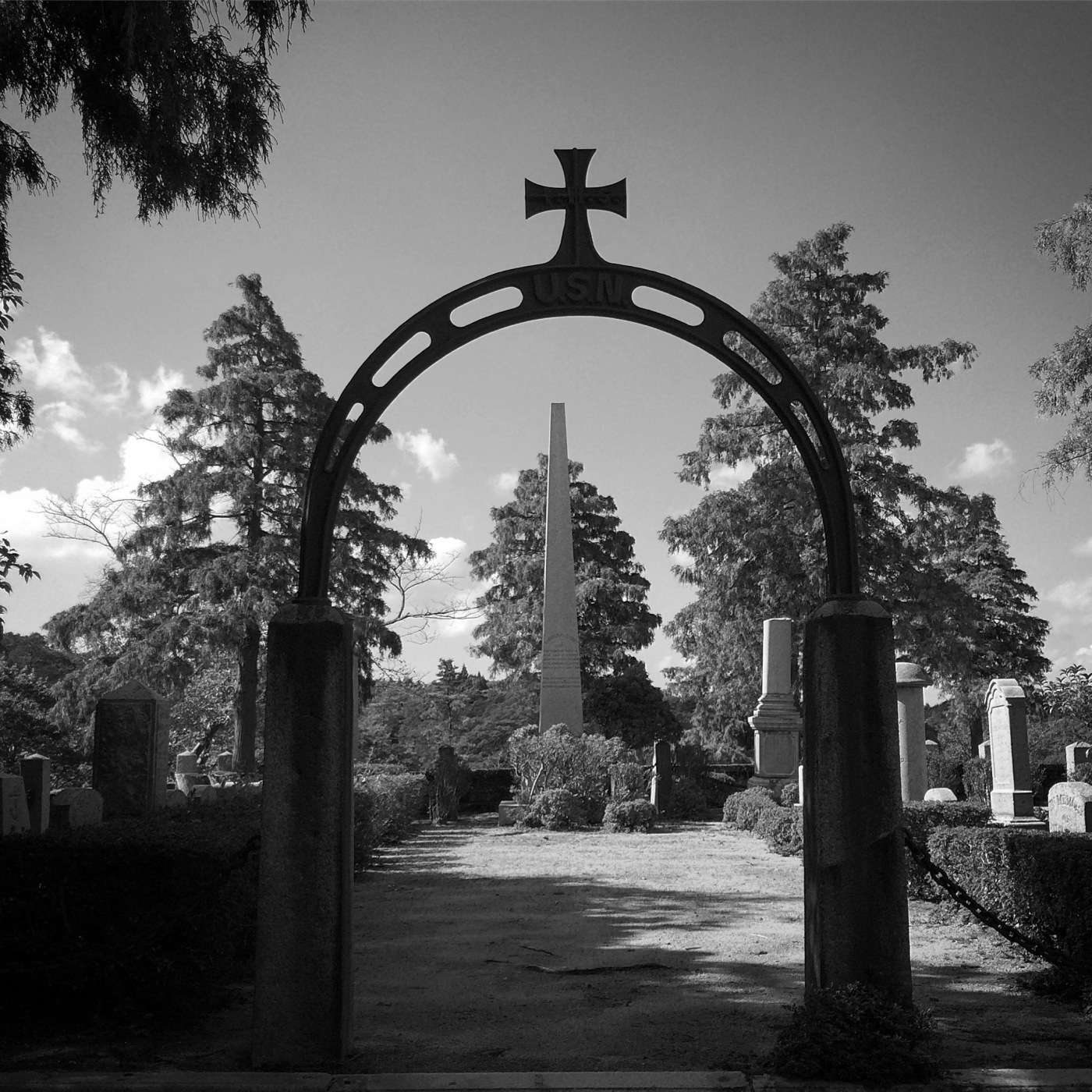 Japan has had a long, complicated history with the foreign visitors that have come to its shores, both past and present. It’s not just differences in language, dress, and every day habits, death is an issue as well. One of the first things Commodore Perry had to arrange on his arrival to Japan back in 1853-54 was the burial of one of the ship’s seaman who had died on-board. It wasn’t just the issue that he was a foreigner and a Christian, but that in the West cremation was not common or available, whereas in Japan the burial of bodies was just as unusual. Just like the old church yards of Europe, most temples in Japan had cemeteries as part of the complex, so it was difficult to know where to bury people that were neither Buddhist, nor Japanese. In some cases, a new adjacent section was created with the express purpose of burying foreigners, and so the foreign cemeteries in Japan were created, not surprisingly in the major port cities of the country: Hakodate, Tokyo, Yokohama, Kobe, Nagasaki, and Naha. I’ve been to three of these so far, but getting to the Kobe Foreign Cemetery was always an issue due to it being closed to outsiders and only available to those who had family members there. With the help of an online friend I was able to discover that it could, in fact, be visited once a month by the general public. From April to November, on the last Sunday of the month, you can take one of two 90-minute tours of the cemetery (one in the morning, the other in the afternoon), all done in Japanese of course. But it’s not so easy as to just show up, you have to apply for the tour between the 1st and 10th of said month with a return/reply postcard. Because of my work schedule/summer vacation/forgetfulness, I only managed to do it this month, so finally got to visit this cemetery years after first hearing about it.

First of all, getting here was a little bit of work. I live in Kyoto so Kobe is about an hour away on the express train. From the station there’s a bus that runs up the mountain, only on weekends from, you guessed it, April to September. Otherwise you’d have to rely on your own power, either by car, by bike (and only if you are a hard core cyclist as the incline up the mountain was pretty severe), or a pretty confident hiker. I caught the bus but was a little worried when I saw the massive line of people ahead of me – as it was, I was the last person to be squished into that sardine can. Then began a half hour ride partly through the city but mostly on steep, heavily switch backed roads. Luckily we were travelling slow enough not to give me motion sickness. 90% of the bus got off at the same stop, as a large park is situated next to the cemetery. Of course, I went the opposite way to everyone else because I was following the signs for the cemetery on the park maps, and had missed the new signs pointing towards the park and the start of the tour. Luckily, because I came back to check the bus schedule, I noticed my mistake and headed into the park, passing the cemetery on the way. I found the cemetery group, and the other 17 visitors, mostly of the elderly persuasion, and I followed the equally grey, but friendly, tour leader into the cemetery. 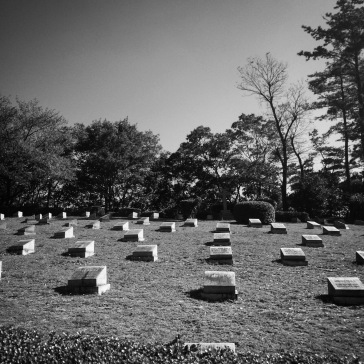 For those without family 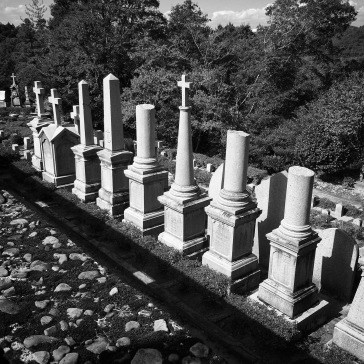 I didn’t understand much from the tour guide, but some things I already knew before coming here. There was a foreign settlement in the Onohama section of Kobe, and the first foreign cemetery was located there. However, by the mid-20th century it was decided to reinter all the bodies to a new cemetery up on Futatabi Park, on Rokko mountain, which overlooks the city. I believe foreign graves from other cities (Hiroshima, Okayama) may also have been moved here, but that may be a misinterpretation on my part. In total there are just over 2900 graves in the cemetery, although the grounds make it look like it should be much more.

Although I had problems understanding everything the tour guide said, I did understand that photos were not allowed except in certain sections of the cemetery. I’m not sure why, but based on what took place today I think it has more to do with whether or not the graves are communal or individual – it seemed okay to photograph the memorials of people lost at sea, or from the Sakai incident, but not of individual people, even if they were a little famous. The Sakai incident happened in 1868, when 11 French sailors were killed in the port city of Sakai, near Osaka. The guide spoke a lot about this memorial and showed up pictures (drawings) of the incident, and afterwards a large number of the group prayed to the memorial, which I found quite moving. Another section of the cemetery contained a lot of flat-ish gravestones meant for those who died here without family. However, I did notice that a number of the graves were for stillborn children – the first time I’ve seen that written on the gravestone itself. 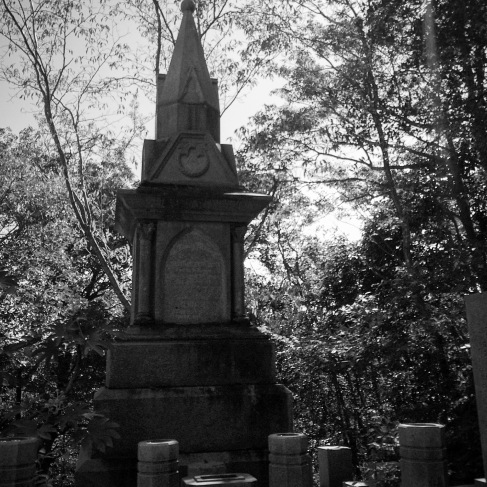 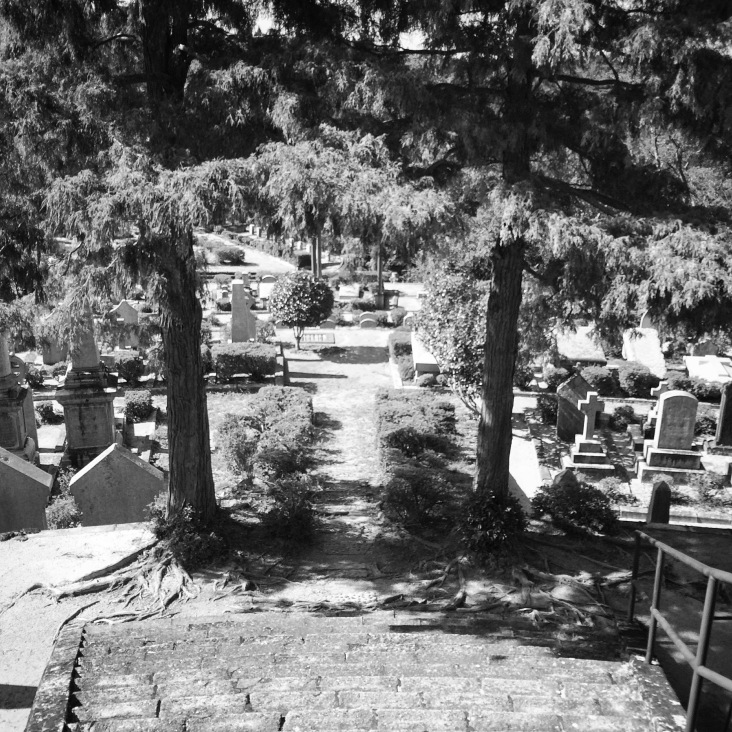 The cemetery itself is quite beautiful, as it lies on the side of the mountain, so there are a lot of layers and viewpoints from various parts of the cemetery. The leaves were already starting to turn colour here and I imagine in a few weeks would be quite stunning (but probably past their peak when the last tour of the season goes at the end of November). There are two small Jewish and Muslim cemeteries set literally across the road from each other, but we were not allowed into either of those sections. In fact, most of the cemetery was closed off to us. We often just stood at viewpoints and listened to the guide as he pointed down to where a particular grave was, but we couldn’t actually go see the grave itself. I found this the most frustrating aspect of visiting this cemetery, as the inscriptions on the gravestones were quite interesting and had their own stories to tell (I’m not interested in just the famous people, as so many visitors/guides seem to be). Even if I was here to visit a family member buried within, I’m not sure how much access I would have outside of my own section. Everywhere we went there were signs saying that the section was closed to non-family members or cemetery workers. I really don’t understand why – unlike the cemetery in Yokohama, which is only open on certain days and is also limited to certain sections due to the instability of the hillside and need for renovation – this cemetery was in fantastic condition. Good roads, well-maintained graves (no moss or mildew covering any of the gravestones), and stable hillsides all make it a safe and interesting place to visit, yet it is off-limits to most. Even the overgrown and forgotten foreign cemeteries in Nagasaki are open to all. 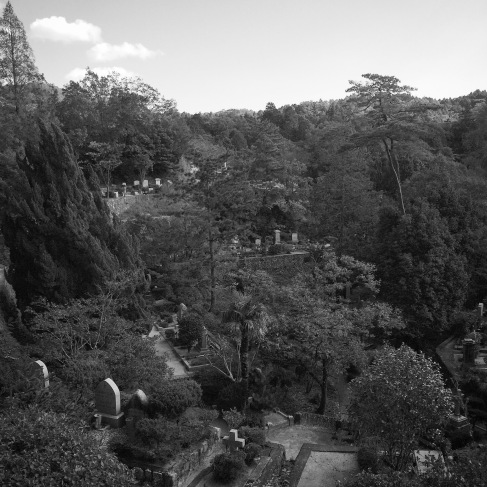 Cemetery with a view 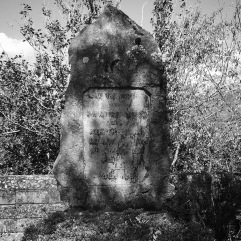 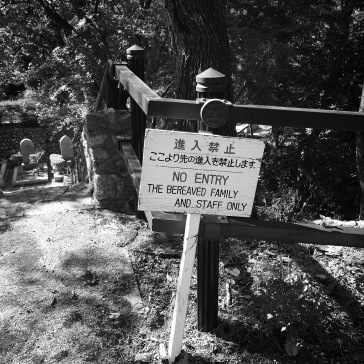 Despite the limitations of visiting here, I still had a good time and am glad I went. The next time I go (if I do), I’d like to bring someone to interpret and ask questions for me, just to be able to get a little more information about it.

Monuments: A variety of gravestones, mostly in the Western tradition, but with some Japanese elements. Some of the graves follow the Japanese style, but instead of rectangular column, there is a cross or a larger flat piece of granite with the inscription in English. There are some more monumental graves, but very few statues – those that are there are either cherubs, small angels, or busts of the deceased. Many of the crosses were quite simple, including many wooden crosses (which may be replacements for older ones). As I couldn’t explore independently it was difficult to get a true sense of what the cemetery contains.

Grounds: A lot of wide paths and roads, which are all well maintained, but this is on a mountainside so there are hills and stairs to deal with on occasion. However, the many elderly people I was touring with (some with canes) did not seem to have any issues getting around. The grounds themselves are beautiful, with a lot of beautiful trees and shurbs.

Visitors: Besides my tour group, we did come across some other visitors (hikers?) in the cemetery.

Notes: There is a little cell phone reception in the cemetery/park, but it is spotty and sometimes non-existent in some locations. Be sure to have maps or other information downloaded (or a screen shot) to make sure you can access the information you need in case the network is not available. Buses run about once every half hour, so be sure to check the schedule before going into the park.

Established: Finished in 1962 but many graves date from the 19th century as the were reinterred here from the Onohama cemetery.

Location: Futatabi Park, located above Kobe. From Sannoymiya station, take bus 25 to Futatabi Koen stop (再度公園) (about 30 minutes). Announcements are in both Japanese and English. It’s the fifth stop, and in all likelihood most people will get off the bus here. It might be interesting to walk back down to town if the weather cooperates, although the narrow, twisting road might be an issue with the blind corners (hiking paths are also a possibility).

Hours: Open to visitors by guided tour only on the last Sunday of every month from April to November (the park is closed during the winter months and the bus does not run at the time either). Tours run at either 10:20 or 13:20 and last about 90-100 minutes. To apply for a tour you have to send a pre-paid reply postcard from the 1st-10th of the month to:

Be sure to include the number of people that want to attend, and which tour you would like to join. Apparently if too many apply there is a lottery system to determine who can go.