After visiting the Jewish cemetery in Lublin, I wasn’t sure what to expect here. Would it be the same, overgrown with weeds and leaves and mostly in a neglected state, or would it be like some of the others I’ve been to, crowded but well-maintained? In a way, it was kind of both. When I first entered the cemetery there were groups of people just staring at me (I wasn’t sure if it was for a funeral, or they were just tour groups), but I got out of there pretty quickly and ended up in one of the more neglected areas of the cemetery. In fact, the further away you are from the entrance, the more that is so. In one case, I started a fox and he went bounding away before I could get a good photo of him. Although this is a wooded area, it is in the centre of the city, and I was curious to see such a large wild animal here.

Trees and leaves (and a fox)

So the cemetery was established in 1806 because the older one was at capacity, and it was decided to build it next to the Powazki Cemetery which had been established less than 20 years earlier. Over the years it was expanded to 33 hectares of land, and now holds 250,000 burials, including those from the Krakow Ghetto. It was also further subdivided into the various Jewish groups (Orthodox, Reform, children, military, Ghetto Uprising), but when visiting I couldn’t really tell what was what.

As I continued through the more forested part of the cemetery, I could see that many of the graves were in various states of disrepair – some fallen over, or tilting over, rusty fences, etc. I’m sure a lot of this is either due to the war, subsequent vandalism over the years, and of course, the weather. While I was there you could hear and see the tall, slim trees swaying in the wind – I was afraid one might fall on me! Seeing so many trees already toppled over, along with various woodpiles of those cut down, further cemented that idea in my head while I walked around. 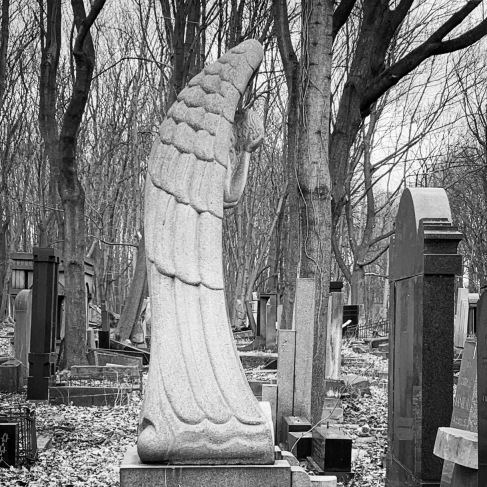 It’s not often that you see human figures in Jewish cemeteries, but there were quite a few here. Many were stylized angels (see above), or of generic stylized people in a state of grief. 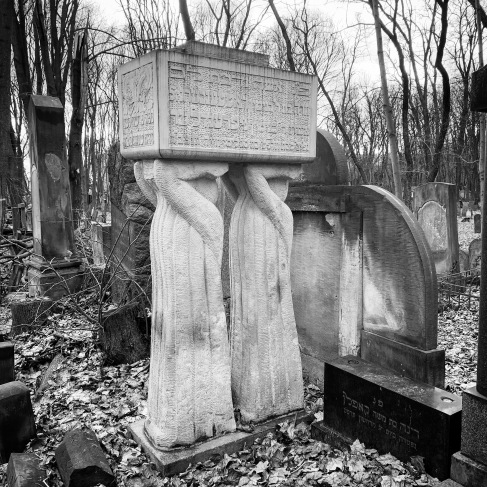 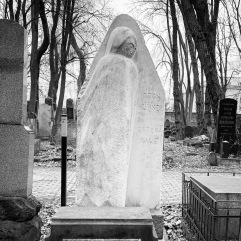 Of course, many of the headstones had various symbols, from eagles and lions, to candles and trees. I found these to be in better shape than the ones I saw in Lublin. 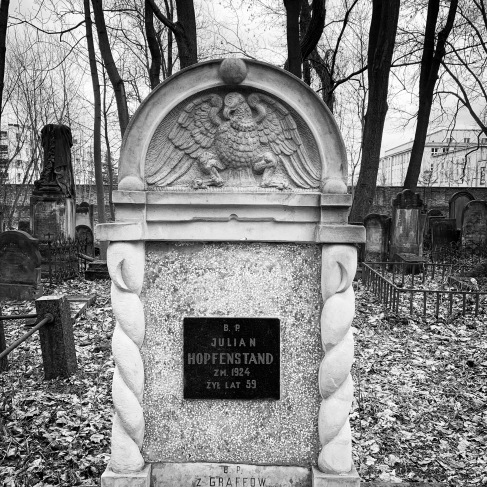 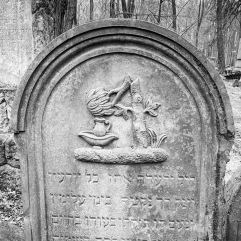 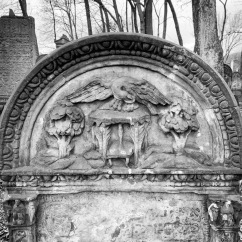 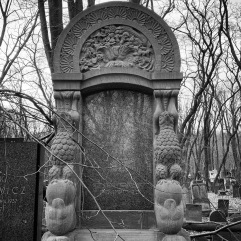 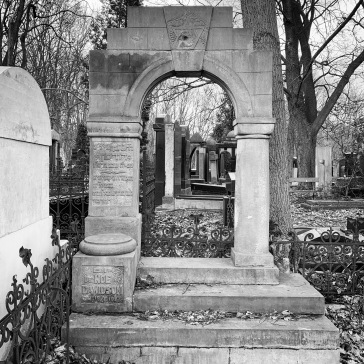 There were quite a number of larger tombs and mausoleums here as well, though many were in various states of disrepair. Some were marked off as being part of a renovation project. Many of them followed classical design elements. 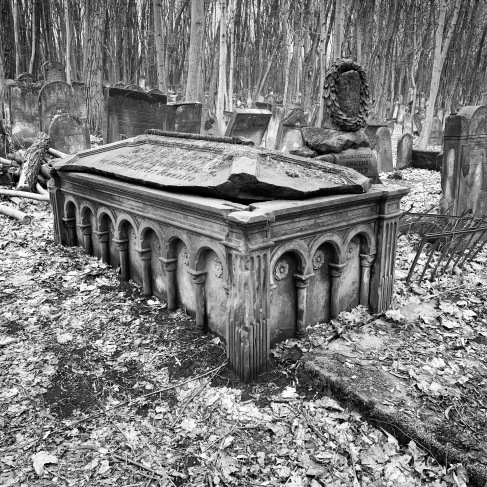 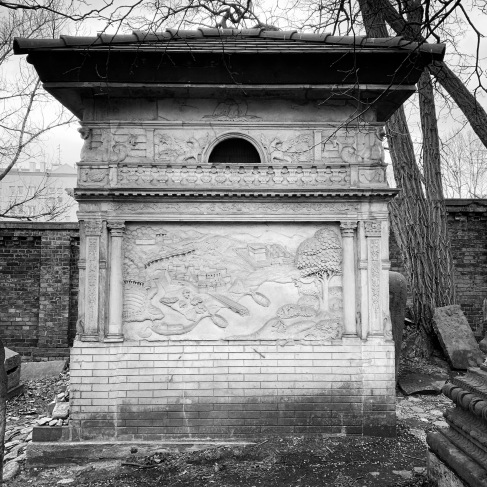 When I did come across more specific figures, it seems to be for something very specific. I really liked the various styles here, something I haven’t really seen elsewhere. 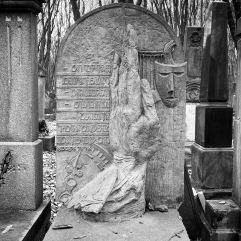 I ended my explorations here near the entrance, and this is where all the big memorials are. A large one, dedicated to two men and the family members they lost, was quite poignant. I was also moved by the memorial to Janusz Korczak, the famous educator who refused to leave his orphans behind and went with them to the death camps. 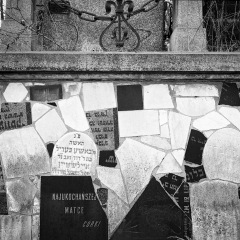 Overall I found this a really interesting cemetery to explore and would like to go back sometime when I wasn’t so rushed. I imagine though, there will still be lots of trees and logs to navigate when I do.

Dealing with the fallen trees

Monuments: A larger number of statues and mausoleums than I expected, some are newer and/or in good repair, others need work. But they are all really interesting to look at.

Grounds: Mostly flat, although some areas are elevated. The cemetery is heavily forested in some areas, but it looks like the groundskeepers are doing their best to keep up with all the fallen trees and leaves. That said, some areas (nearer the entrance) are in better upkeep than the areas further to the back.

Visitors: There were quite a number of individual visitors and groups while I was here.

Notes: Wear good shoes as the ground can be uneven in places.

Location: Just south of Powazki Cemetery. There are multiple tram and bus lines to get you to this general area. It’s also about a 30 minute walk from the POLIN museum.