Just north of Kraków’s main station lies a large cemetery known as Rakowicki. Before coming here I had never heard of it, I guess in part because so much of Kraków’s history is more tied to WWII and the Holocaust. On a very changeable morning (from rain to sunny to minutes, then back again) I headed over to take a look. Like so many other cities in Europe prior to the 19th century, most people were buried in their parish graveyard, a situation that soon became untenable as city populations exploded all over the continent, bringing not only people but disease and epidemics as well. Kraków was one of the first cities to have a purpose built cemetery, and it was Rakowicki. 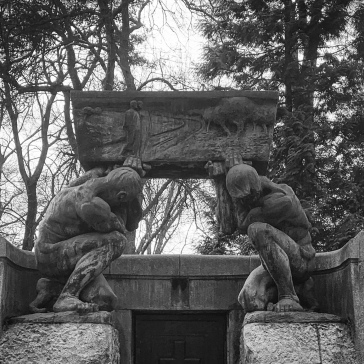 This is a large cemetery (about 42 ha.) and is still in use. In the few hours I was here, I came across (or heard) three different funeral processions taking place. Grounds workers were at work not only with the landscaping but digging new graves and fixing old ones. I think I was definitely the only person there who was definitely an outsider to all that was happening that day. 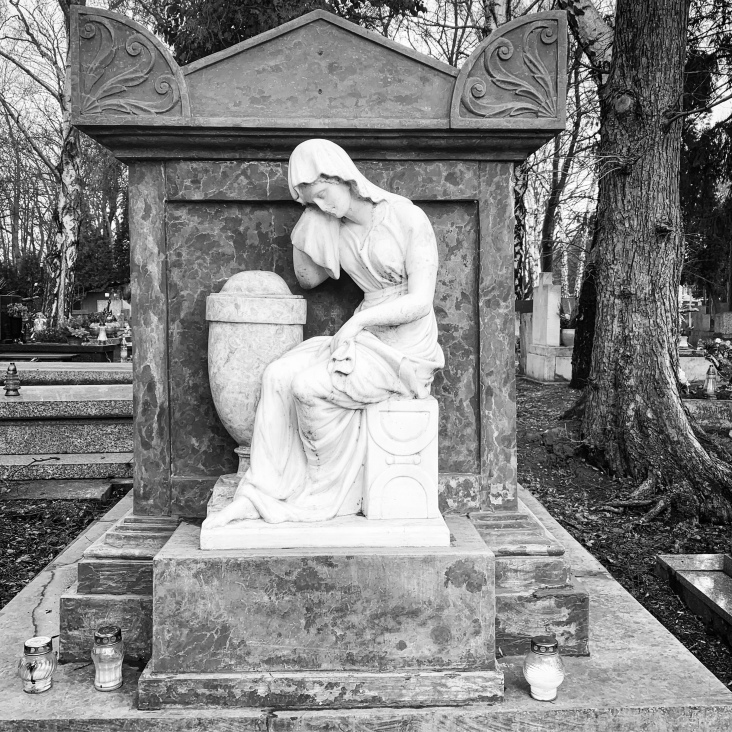 The cemetery is a bit meandering with only a few straight paths/roads, which meant often getting lost or way off track to where you thought you would be. I’d see an interesting statue and go off to explore that little area and would soon find myself in a completely different part of the cemetery. As a result, I ended up backtracking quite a bit to make sure that I wasn’t missing anything, but it’s clear that in one visit I barely just scratched the surface.

There weren’t as many statues here as I thought there might be (for a cemetery so large), but it did have a lot of family tombs/mausoleums. In fact, many famous architects and sculptors have their works here, although of course I don’t recognize any of the names. This heritage has been recognized by the government and there is an organization (OKRK) whose main mission is to help preserve and restore Kraków’s historic cemeteries, as well as tombs and monuments who no longer have anyone to maintain them.

In visiting this (and many other Polish cemeteries) one constant has been the presence of the many candles laid on graves (all with protective glass). And, unlike other cemeteries that I’ve been to, the candles/lanterns seem to be well maintained, as it was rare to find broken or knocked over ones. Overall this was a lovely cemetery to visit, and I hope I get the chance to revisit it someday.

Monuments: Beautiful statues (the one featured in this post was my favourite) and many interesting tombs and mausoleums.

Grounds: Fairly extensive, but flat and well-maintained, so easy to get around. There is more than one gate to enter.

Visitors: There were many people here, most were cemetery visitors either to visit loved ones or to attend one of the funerals taking place.