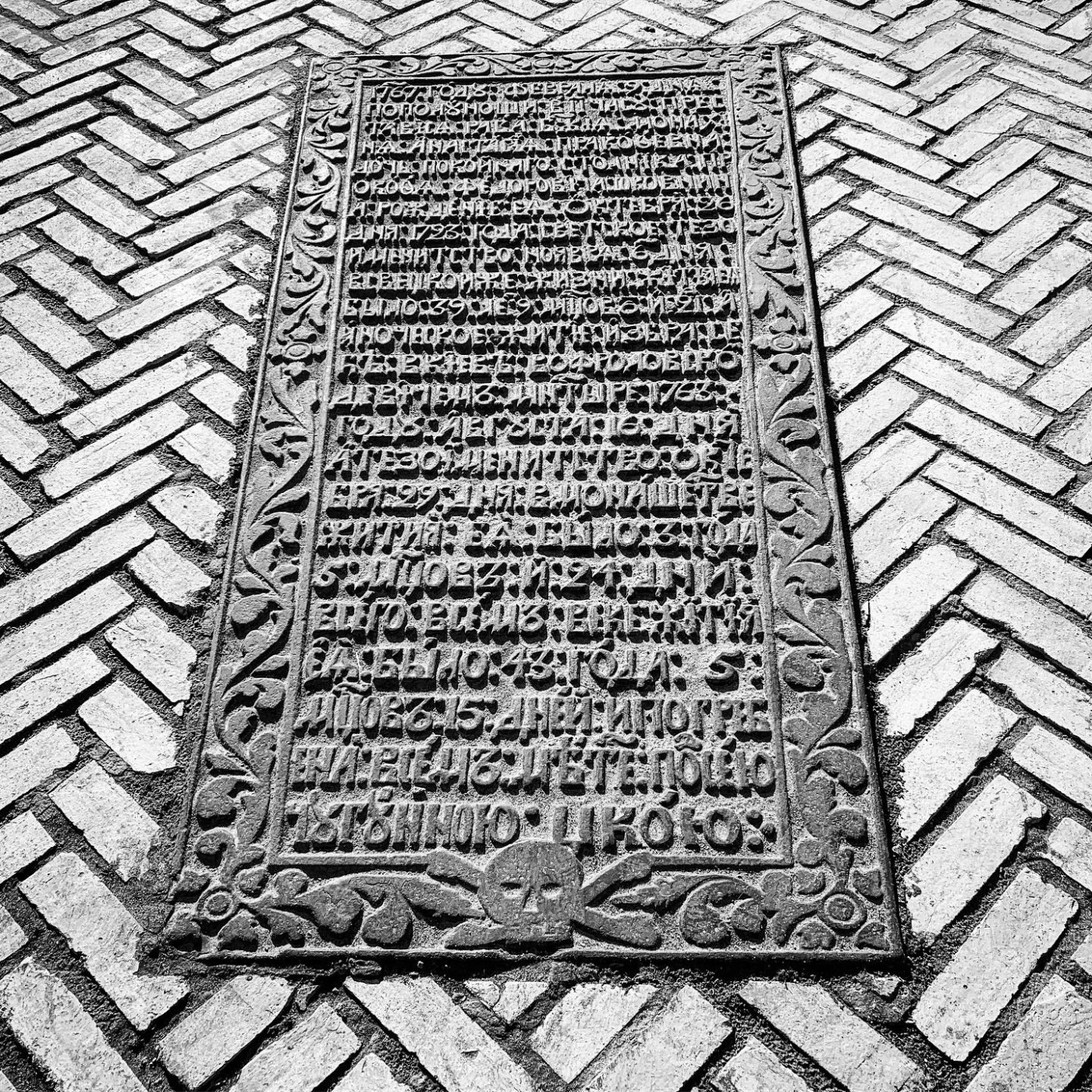 Another World Heritage Site in Kyiv in the Larva Monastery, also known as the Monastery of the Caves. This is a huge complex with its own cathedral, numerous churches, a belltower, and various other buildings. However, what it is really known for is the 100+ burials of saints and monks in the caves below ground. These mummified remains date as far back as the 11th and 12th centuries, about a century after the complex was first built. 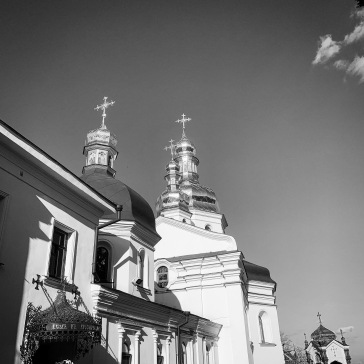 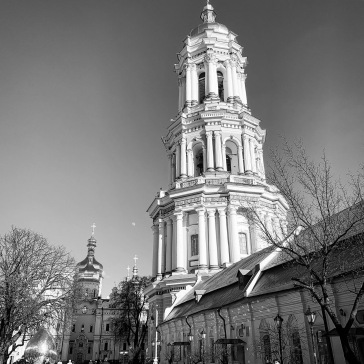 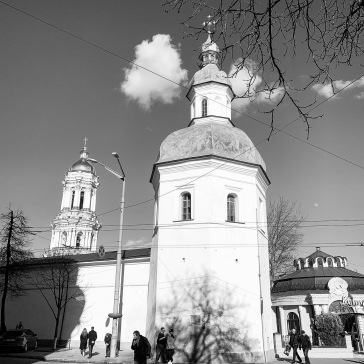 The outer walls (the ticket office is just to the left) 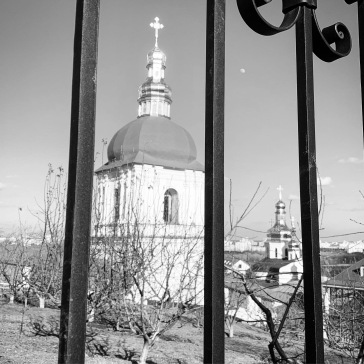 There are memorials and other markers scattered throughout the grounds, but really, I came here to see the mummies. Fortunately/unfortunately, no photos are allowed in the caves and once I was inside, it was clear why, beyond the “please respect the holy relics” reason. For one, the corridors throughout the caves are incredibly narrow – often just a metre wide and about 2 metres high. For another, they are very dark with minimal lighting – in fact, most of the lighting seemed to come from the candles the pilgrims carried with them throughout the complex. I was in fact, more concerned about catching on fire or being burned by wax drippings than I was of anything else. This was compounded by the fact that it was incredibly crowded – basically we the people moved through the caves in a slow but methodical way, with almost no place to stop. In that situation it was really difficult to appreciate the special nature of this place, since I felt like I was being forced along, almost like being on a conveyor belt. In the end, I was happy to have seen it, but it certainly was not what I expected. 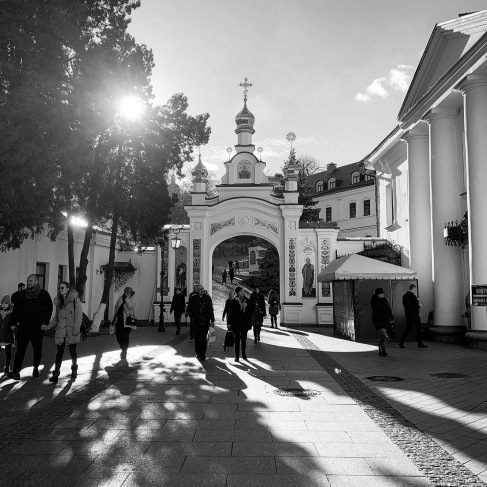 Long shadows as we near closing time 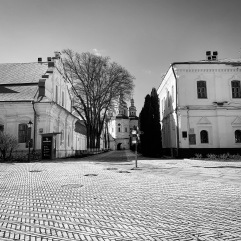 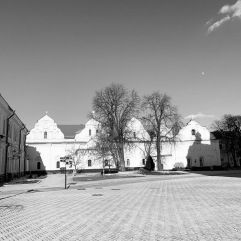 One of many buildings

There are two cave systems that people can visit, I just visited the Near Caves, the next time, when I have more time (a common problem it seems) I’d like to see the Far Caves and be able to explore more of buildings. 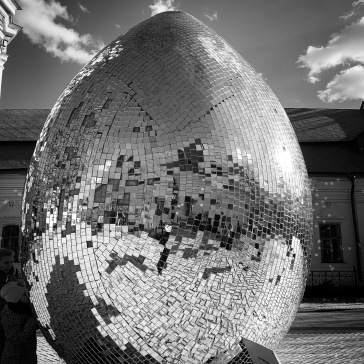 Shiny egg in the middle of the square 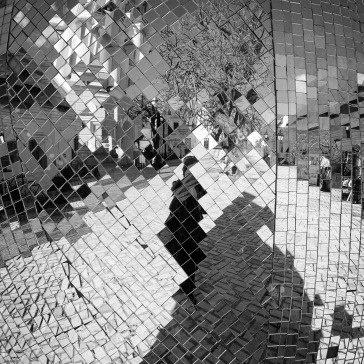 Monuments: None really, this is very much about the saints and other notable people buried in the caves below.

Grounds: The grounds are flat but the cave section is at a lower elevation and the walk down the hill is a bit steep. Not so bad going down, but a bit of a workout going back up.

Visitors: Yes, many. I came here at the end of the day so I expect it wasn’t as busy as it would be during the main part of the day. So exploring the grounds was quite easy, but the only bottleneck was really at the caves.

Notes: Women have to wear long skirts and cover their heads to visit the caves, both scarves and skirts are available for those who need them. There is a photo fee to use a real camera on the grounds (about 5 times the cost of the entrance fee), camera phones are not a problem.