Rome has no shortage of ancient structures worth visiting, and the Pantheon is one of them. Originally built between 133-125 CE, it was converted into a Christian Church in the 7th century, and, unlike many of the other buildings and ruins scattered throughout the city, has basically been in continuous use since its inception, which accounts for why it is one of the best preserved monuments in Rome. It still, to this day, has the largest unsupported dome in the world, with the famous occulus at its centre. Even its floor is the original, still there after nearly 2000 years. It remains a popular place of the tourist circuit, no doubt for its location in the centre of Rome, but also due to Angels and Demons fans who want to see where Tom Hanks looked for his first clue in the movie. 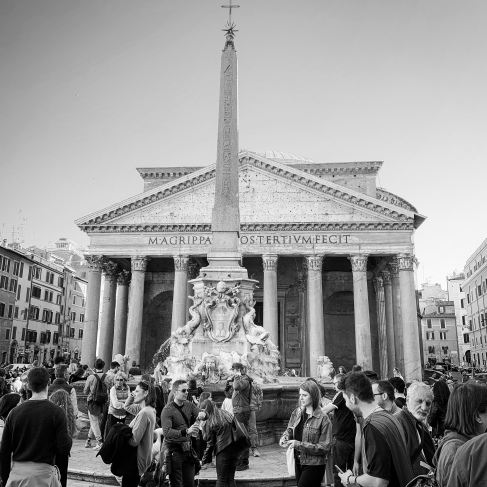 Crowds outside the Pantheon 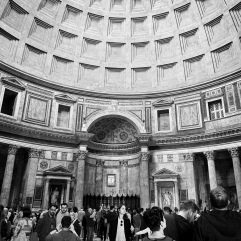 Crowds inside the pantheon

There are three significant burials in the church, the most notable being that of the tomb of the painter Raphael. The other important tombs are those of Victor Emmanuel II (d. 1878), the first king of Italy (unified), and Umberto I, his son and successor (d. 1900). 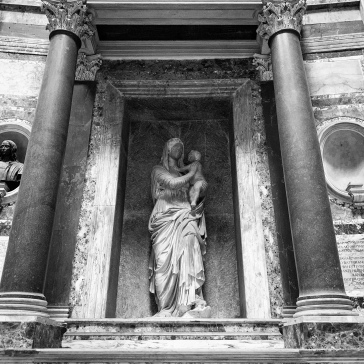 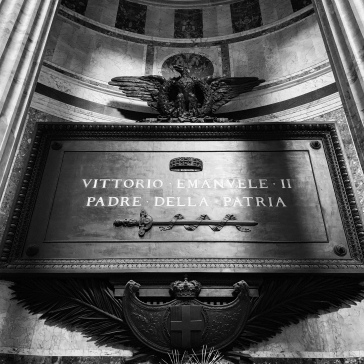 The entire building is beautiful and worth spending time in to take in all the details. Even though there are a lot of tourists, there is some measure of crowd control so that it doesn’t feel overly packed inside. When this building was first constructed, it was a bit unusual in its design, but has since influenced neo-classical architecture around the world, which is why perhaps, it feels familiar.