With a few days in Birmingham for a conference, I used my free day to go cemetery exploring and the first one I visited was the Warstone Lane Cemetery. This is a lovely cemetery on a small hill in the Jewellery Quarter of the city. Big grey clouds threatened rain the entire time I was there, but I was able to explore it without the dreaded rain, which can make walking on slick grass a bit problematic.

This cemetery was established in the mid-19th century for members of the Church of England. There was a church here but it, and most of the grounds were bombed during WWII and was not rebuilt. The original gate survives though. 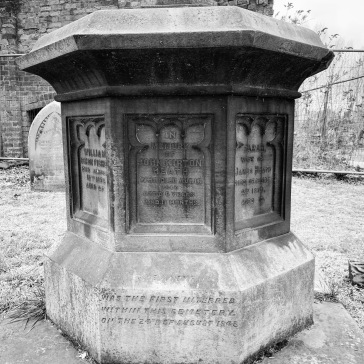 This cemetery is noted for its two-tier catacombs that are located somewhat centrally within the grounds. It really is an iconic structure, but many of the doors/monuments are illegible or have been replaced with a simple metal door. Walking around the lower and upper parts of the catacombs provided for some different perspectives of the cemetery. 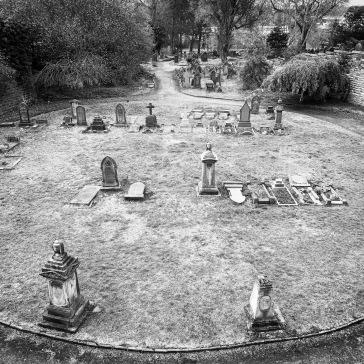 This isn’t a cemetery that has a lot of statues or interesting reliefs (as is often the case in Protestant cemeteries). But it did have flowers, lots of them. The lower sections had lots of bluebells in bloom, but it was the stone roses, poppies, and other flowers on the gravestones that really peaked my interest. 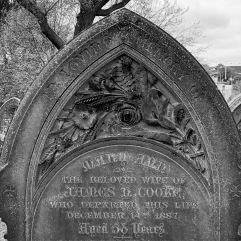 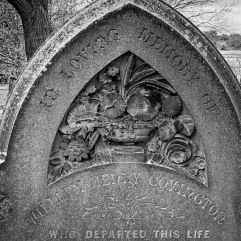 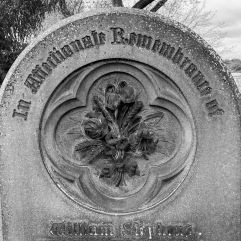 Overall this was a lovely little cemetery to explore.

Monuments: No statues, but a lot of floral motifs adorn the gravestones.

Grounds: It’s situation on a small hill, but there are paths throughout the cemetery to make it easy to walk around.

Visitors: There were a couple of people here, I think mostly locals, although I did run into another guy photographing the monuments.