The oldest cemetery in Birmingham* was only a block or two away from Warstone Lane Cemetery, and when I arrived I was greeted with a riot of colour. Being spring, all the bluebells were in bloom across the UK, but it was here that I was bombarded with, let’s face it, flowers that are more purple bells than blue. But as these flowers are rare to see in Japan it was a lovely addition to what is often a pretty monochromatic landscape. 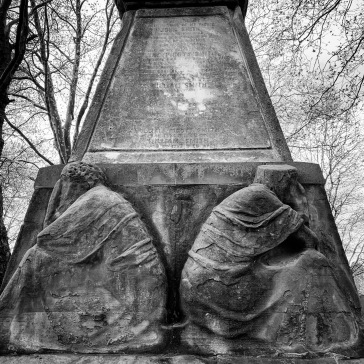 This cemetery had a large flat-ish section at ground level, with a separate path going up the hill to the left. Unfortunately though, the paths did not loop around or go into all sections of the cemetery, so once I reached the end of it I basically had to backtrack to where I started. If it weren’t for the bluebells, I probably would have crossed over on the grounds, but as there were signs imploring people to protect the flowers, I respected the request. 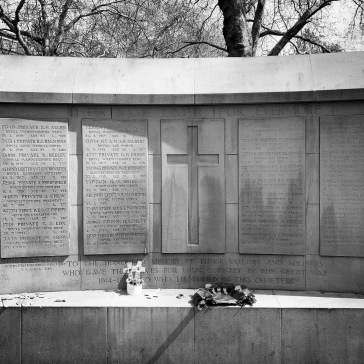 Like Warstone Lane cemetery, there were a couple of monuments/memorials to the fallen of WWI, and the other stones scattered throughout the grounds were in various states of disrepair – the majority standing, but many faded, broken, or fallen over. 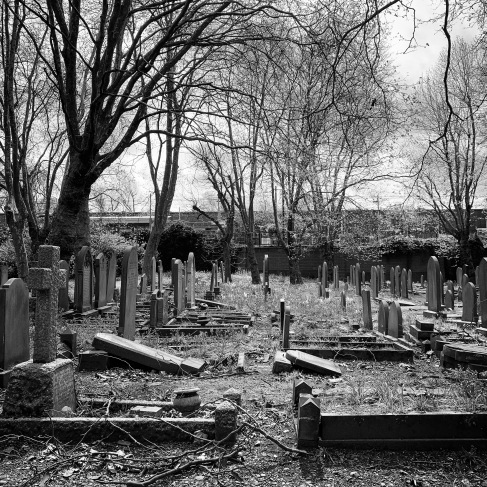 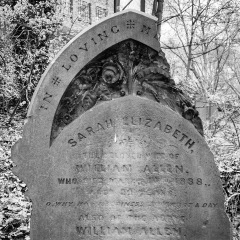 With the trees still mostly bare from the winter, there was a lot of open, soft light from the grey clouds above, which made it quite nice to photograph the bluebells. 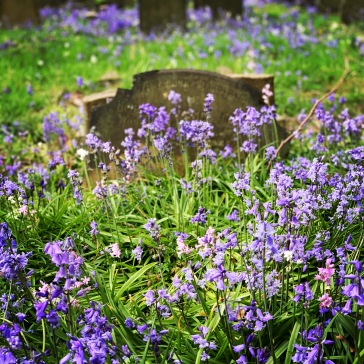 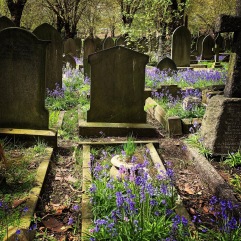 I found this to be a lovely little cemetery to visit, and highly recommend going in the spring when the bluebells are in bloom.

Monuments: Fairly common monuments, a few relief structures, but many are worn and hard to read.

Grounds: Mostly level with one higher area off to the side. The paths are mostly kept clear.