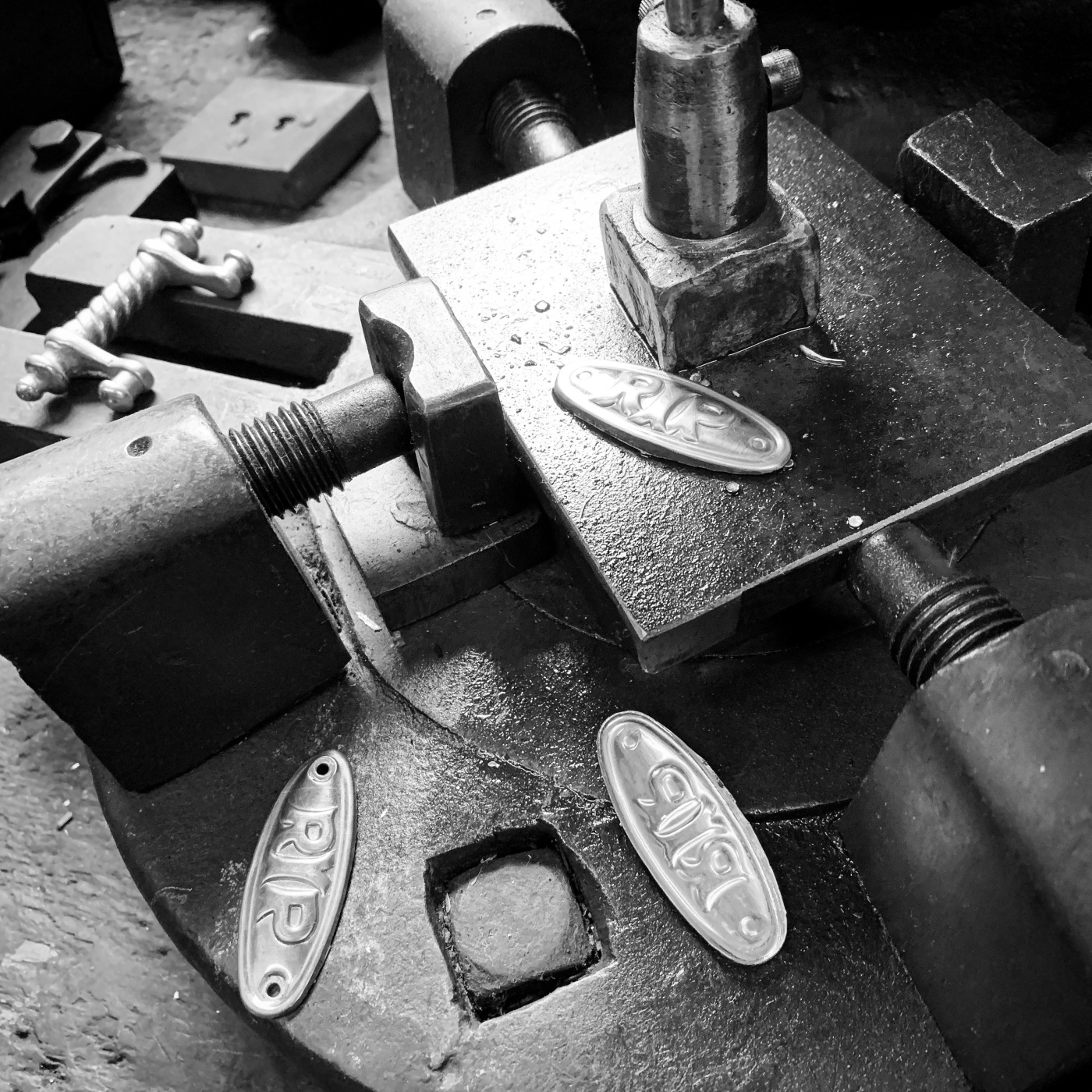 So, you’ve built a coffin or a casket, but what next? Basically all you have is a wooden box. There is no lining, no handles, no decoration. Who do turn to for all this stuff (known as coffin furniture)? Enter the Coffin Works. These were businesses that developed in the 19th century to provide basically everything you need on a coffin, minus the coffin. And in the UK, one of the most famous Coffin Works in the entire country was the Newman Brothers Coffin Works, based in Birmingham. I was lucky enough to be able to visit this museum as part of a conference tour. In fact, I liked it so much I went twice! 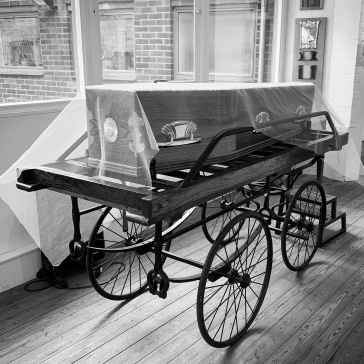 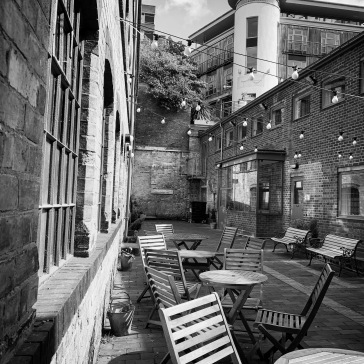 The outdoor courtyard. The factory was to the left. 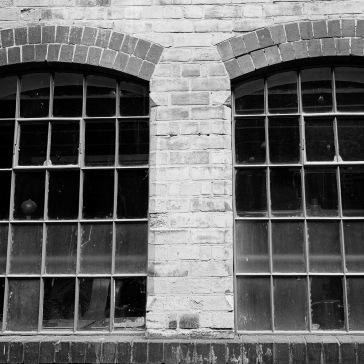 Windows of the stamping room 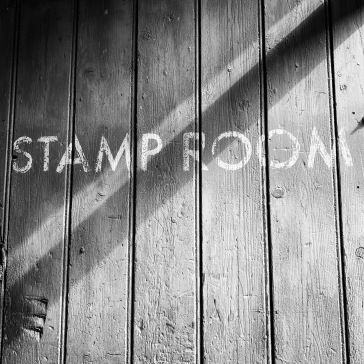 The Coffin Works began in 1882 when brothers Alfred and Edwin Newman established a brass foundry, mostly dedicated to making pieces for regular furniture. But since furniture was built to last back then, it really wasn’t a thriving industry. In 1894 they moved to a new factory in the now historic Jewellery Quarter in Birmingham and they changed their specialty to making brass furniture for coffins. But in fact they were a one stop shop for a wide range of coffin furniture, from the handles, crucifixes, and other ornaments, to shrouds, coffin linings, and cushions. Over the years the Coffin Works remained in the family until 1952, but over the years a woman who started working in the factory as a secretary in 1949 eventually became the sole owner in 1989, and remained so until the factory finally closed its doors in 1998. Her name was Joyce Green and she was an important part of this factory’s story, which I’ll get to further down this post. 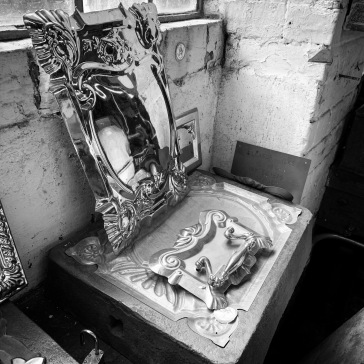 This factory made a name for itself by producing some of the best coffin furniture in the world, they exported their goods worldwide. They also produced the coffin furniture for notable Britons, such as Winston Churchill, King George V, King George VI, the Queen Mother, and Princess Diana. Although they reached their peak in the 50s and 60s, by the 1970s the tide was already turning, as more people turned to cremation. Since they were unwilling to compromise on their reputation of manufacturing quality brass fittings, which were not allowed in the cremation process, business began to fall away until they were forced to close their doors in 1998. However, even then, Joyce Green soon began campaigning to get the Coffin Works restored as a museum. It received Grade II Status and finally opened to the public in 2014.

Our guide demonstrating how they worked

We began our tour on the ground floor, visiting the factory floor, which was basically a long narrow room filled with cast iron stamping machines next to the windows, with the larger ones against the back wall. The back walls were filled with the dyes used for stamping, and there were various models scattered on the work surfaces. It was a long narrow room that made for a tight squeeze with just ten of us in there. The large stamping machines were operated by a single man, and people usually could tell if you worked here on one of the machines since you would have a lopsided walk due to one of your legs being more muscular than the other, having to use the same one all day for stamping. The smaller machines by the windows were often operated by women since they were shorter than the men and wouldn’t have to duck out of the way every time the swung the arm of the machine around. After this we tucked over to the other side of the courtyard to see the room where they could finish the metal plates.

Moulds for the dyes 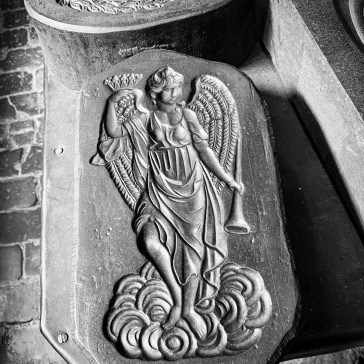 From here we went upstairs to see where they packaged the goods and sewed all the shrouds and linings. This of course was where most of the women worked. Needing as much light as possible, all the sewing machines were placed next to the windows on the long wall. The bottom half of the windows were frosted so the women wouldn’t be distracted by the workmen below. At one end of the room was a dumbwaiter which was used to transport the fittings that were produced below to the upstairs room where they could be packaged for shipping. As such there were many packages lining the shelves, all original to when the factory was finally shuttered. 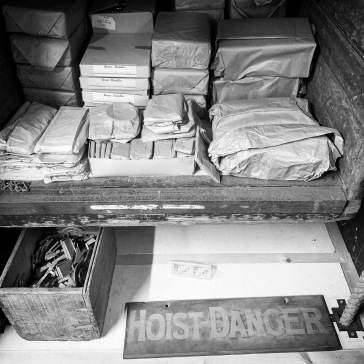 Packages in the dumb waiter

A long table in the centre of the room had samples of various shrouds and the other end of the room held reams of fabric in all different colours. Many of the women who worked here were circumspect about what they did for a living, simply saying they were seamstresses without specifically saying what they were sewing. One of the women, however, secretly collected scraps and ends in order to make her own wedding dress! Joyce Green’s office was up here too, as was a small kitchen area that was used to make tea for their breaks. Their tea time was so sacrosanct that when management wanted to change to a 15-minute break (as opposed to 20), the ladies all went on strike until the proper time was restored. 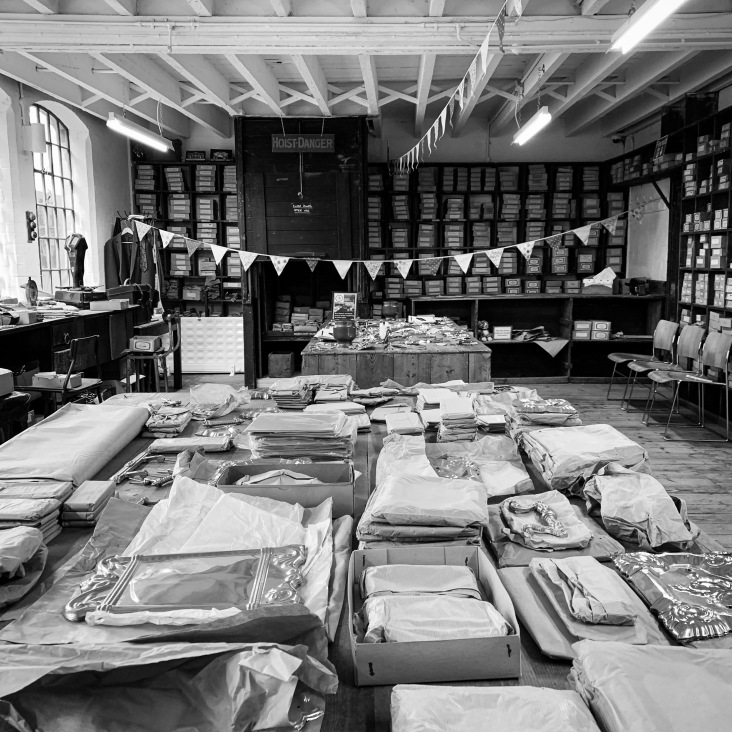 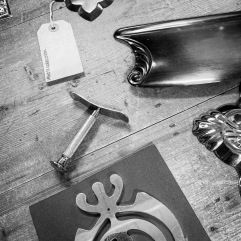 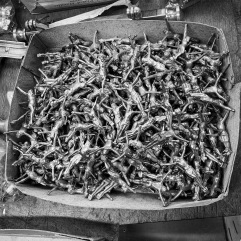 I have to say I loved all these old sewing machines that they had. They remind me so much of the one that my grandmother used to use, and it’s a wonder that they continued using them right until the day the factory closed.

Sewing machines next to the windows

A few colour shots of the sample fabrics: 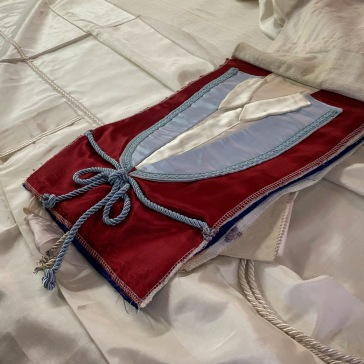 Shroud in your favourite team’s colours were popular

All in all I found this a really interesting place to visit, and highly recommend it if you should ever find yourself in Birmingham. It really provides a window into one aspect of the funeral industry that we never really hear or read much about.