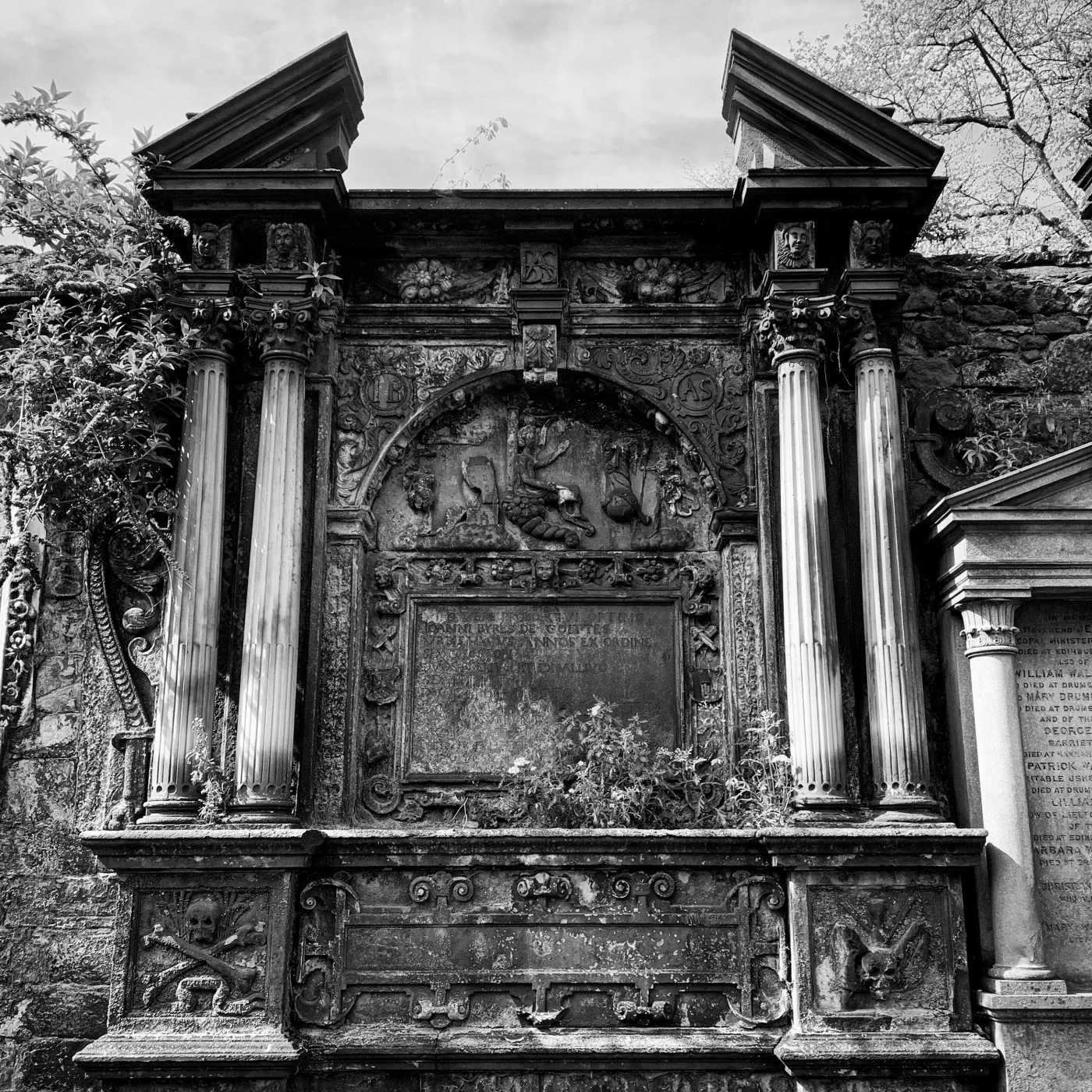 Greyfriars Kirkyard is probably the most well-known of Edinburgh’s cemeteries, and thus was the first stop of the day for me. It was already full of tourists – both individuals and large groups – by the time I arrived. Like many of the more famous cemeteries I have visited, I never even considered doing a tour (it’s just not done in most places I go to) until I got there and was able to overhear some of the guides. Of course, being right smack in the middle of tourist-central means that it would be bound to get a number of tourists no matter what, but since a little-known book with a villain called “Tom Riddle” came about, many come here to see his grave. JK Rowling has said that this cemetery probably, subconsciously influenced her, which is not uncommon (like Eleanor Rigby’s grave in Liverpool did for Mr. McCartney).  I have to admit that I did not specifically look for this grave, although if I have time I’d like to go back and have another wander, especially as the kirk was not open to tourists with it being Sunday (they still hold services).  We’ll see. 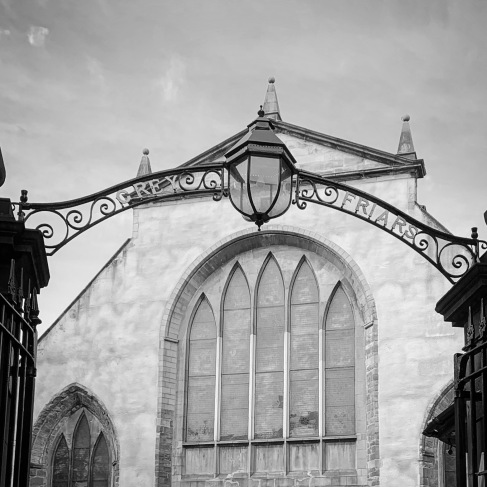 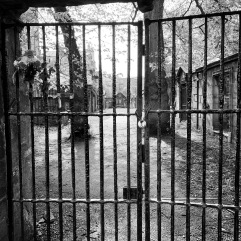 A closed off section of the cemetery 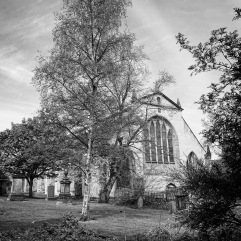 This is an old cemetery, having been established in 1561, and named after the friars/friary that used to be here (it was dissolved in 1559). However, as I wandered around I noticed that most of the graves had dates mostly in the 18th and 19th centuries with the older ones seemingly along the walls. There weren’t many statues here, as the Church of Scotland forbade ornate monuments after the 1660s, but one of the mausoleums does stand out for have a full statue of the deceased, Mr. John Bayne of Pitcarlie (d. 1681) – see the bottom left picture below. 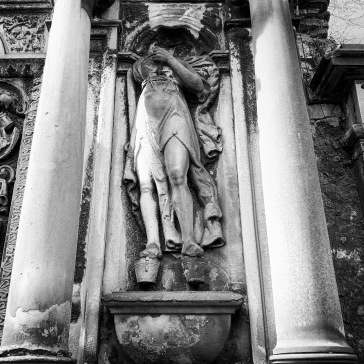 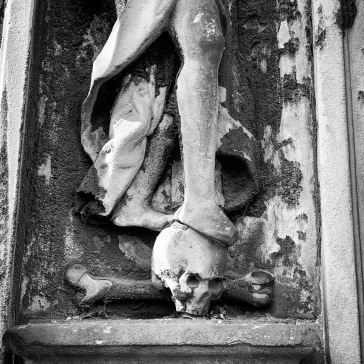 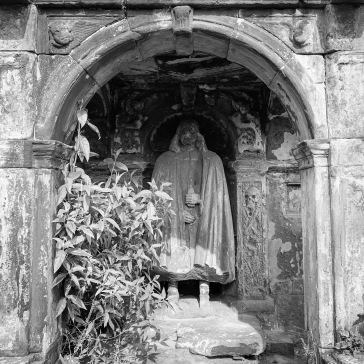 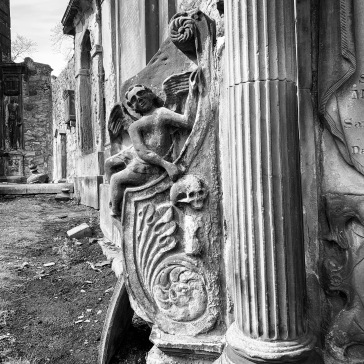 Back in 1513, the English defeated the Scots at the Battle of Flodden Field. Fearing another English attack, the local residents built the Flodden Wall, which strengthened the existing city walls that encircled the city. Although the attack they feared never materialized, the wall remained for centuries. However, by the 18th the population had increased five fold and much of it was torn down, except the part where gravestones were embedded — which is right in the middle of Greyfriars Kirkyard. There are lots of lovely old stones along both sides of the wall (including one of Mr. Tom Riddle), and some more ornate monuments as well. 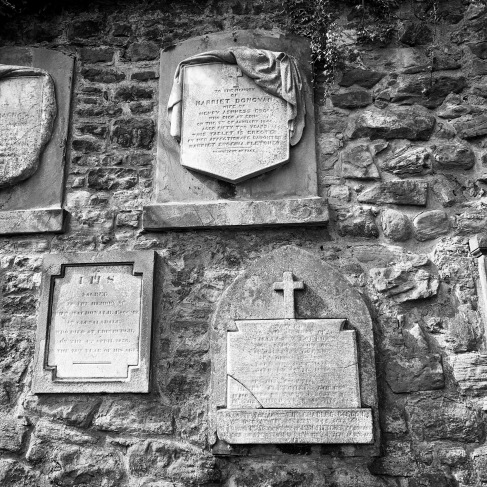 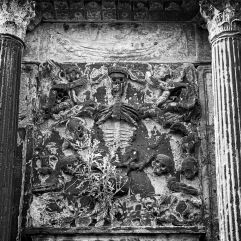 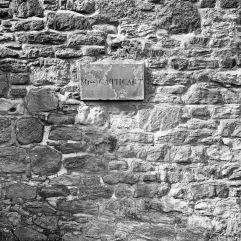 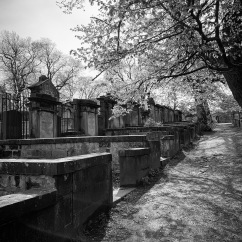 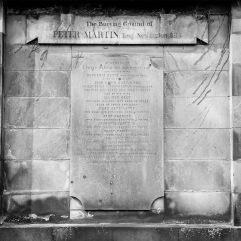 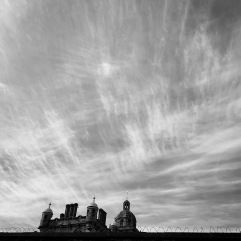 What I found interesting were the empty plots that ringed the walls around the cemetery. These were like open mausoleums – wall on four sides, but no roof. In most cases there was nothing inside, but some still had a memorial stone, or possibly relief sculptures on the wall. Were these plots where multiple family members were buried? Did they have roofs originally? It was hard to tell. 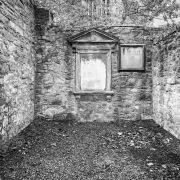 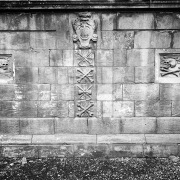 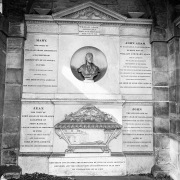 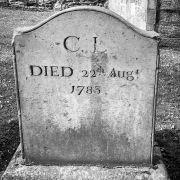 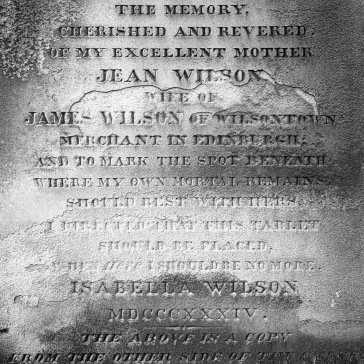 One of Edinburgh’s most recognizable furry friend is Greyfriars Bobby, a Skye Terrier who spent 14 years guarding the grave of his master, until he died in 1872. He was buried just inside the gate of the main entrance, and it’s the first grave you come across. Walking in the opposite direction, just outside the gate, you’ll find a statue of this little dog, and he is featured on many postcards that you can buy anywhere around the city. Also near the entrance, to the left of the church, are a couple of iron mortsafes, basically an iron cage meant to protect the bodies from grave robbers who hoped to make some money by selling the bodies to medical schools. 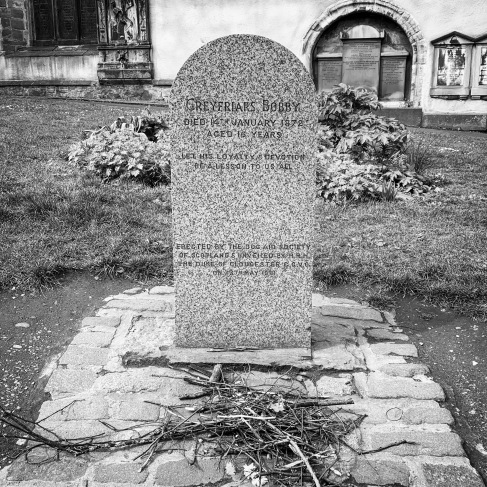 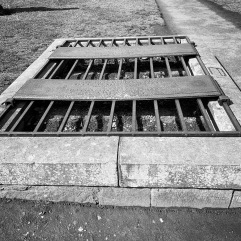 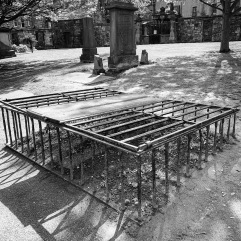 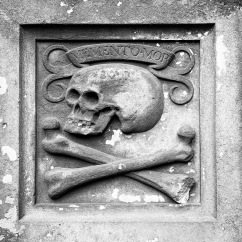 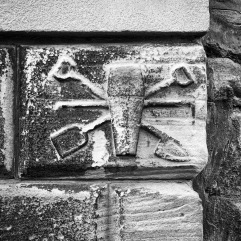 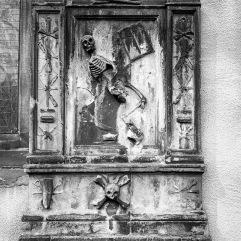 Overall I found this to be a really interesting little cemetery to visit, and I hope I get a chance to go back again soon, as it really is a pleasant place to spend a few hours.

Monuments: A good mixture of monuments dating from mostly the 16th-19th centuries. Sculptures and reliefs tend to be of an older style, with lots of skulls and crossbones.

Grounds: It’s on a gently sloping hill with paths around all the major parts of the cemetery.

Visitors: Many. This is well-established on the Edinburgh tourist trail and there were many people here while I was visiting.

Notes: With the walls and trees the light can be a little contrasty.

Location: in the Old Town of Edinburgh, 26A Candlemaker Row