One of the reasons I like visiting cemeteries and other memorials is that I learn some history that passed me by, either during my own lifetime (or often before it). I was still in high school when the Soviet Union broke up, but was really only aware of the larger picture, and not of the individual pieces, which in this case, were all the former Soviet republics that are now their own independent countries once more. One of these was Azerbaijan, not really known for much, except oil, perhaps. Yet the dissolution of the USSR had some negative effects for this small country, some of which are still felt today. 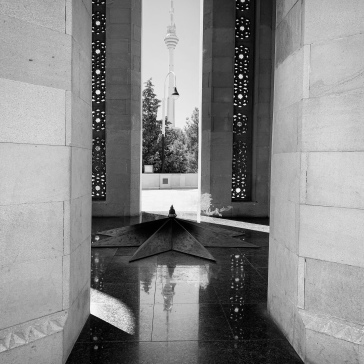 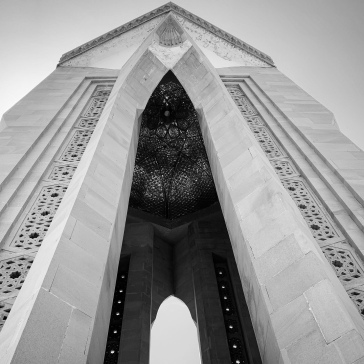 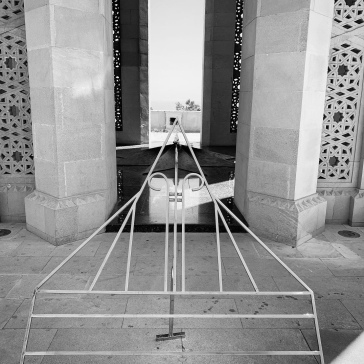 0n January 19, 1990 Mikhail Gorbachev announced a state of emergency in Baku, the capital city. Over 2 days Soviet forces killed between 147 (official) to 300 (unofficial) civilians, and injured hundreds more. This event is now known as Black January. Those killed as a result of these attacks are now buried in Martyr’s Lane, a prominent cemetery on top of a hill that overlooks Baku and the Caspian Sea. Originally Martyr’s Lane was a Muslim cemetery for those who died fighting the Russian advance in 1918, but once the Bolsheviks took power they removed the bodies and turned the area into an amusement park. However, once the Soviets were out, the local government converted back to a cemetery that honoured national heroes once more. 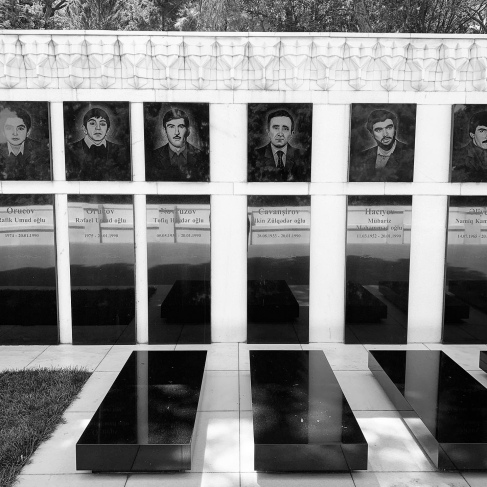 There are long paths that feature the same type of granite headstone, with individual flourishes for each one, whether it be a photo of the deceased, or flowers and candles used to decorate the site. At one end of the site is the Eternal Flame Monument, which was erected in 1998, and at the other end is a mosque and the Baku Turkish Martyr’s Memorial. Other markers are for those killed during the Nagorno-Karabakh War (1988-1994), which is still an issue today, as that region is now controlled by Armenia and is still a source of tension between both countries (you cannot travel directly from one to the other, often the only way to do so is through Georgia). 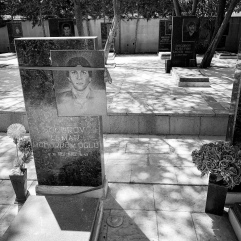 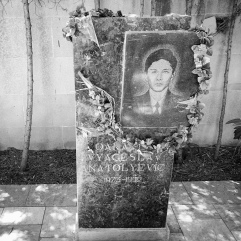 There were quite a number of people here when I visited, and although it was a solemn place, it did not have an entirely solemn feel to it, as families and other visitors explored the site. I found it a nice place to have a stroll, but at the same time wondered at those with the same birth year as mine – to be only 16 or 17 and killed at such a young age was a really sobering reminder at what really happened here. 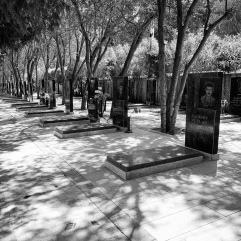 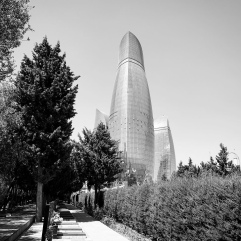 Cemetery with a view

Monuments: Primarily simple granite monuments, most with photos of the deceased. It has a similar feel to a military cemetery.

Grounds: It’s at the top of a hill, which can be a bit taxing in the summer heat. It’s possible to take a bus near the top of the hill but I didn’t do that. The paths are flat, but there are stairs to access the various walkways.

Visitors: Quite a few while I was here, this is an important site for Azerbaijani people.

Notes: Bring water during the summer months. It’s hot and there are not a lot of options to buy anything once at the top.

Notable Internments: 15,000 internments, including married couple Fariza and Ilham Allahverdiyev (he was killed during the events of Black January, she killed herself after hearing the news).