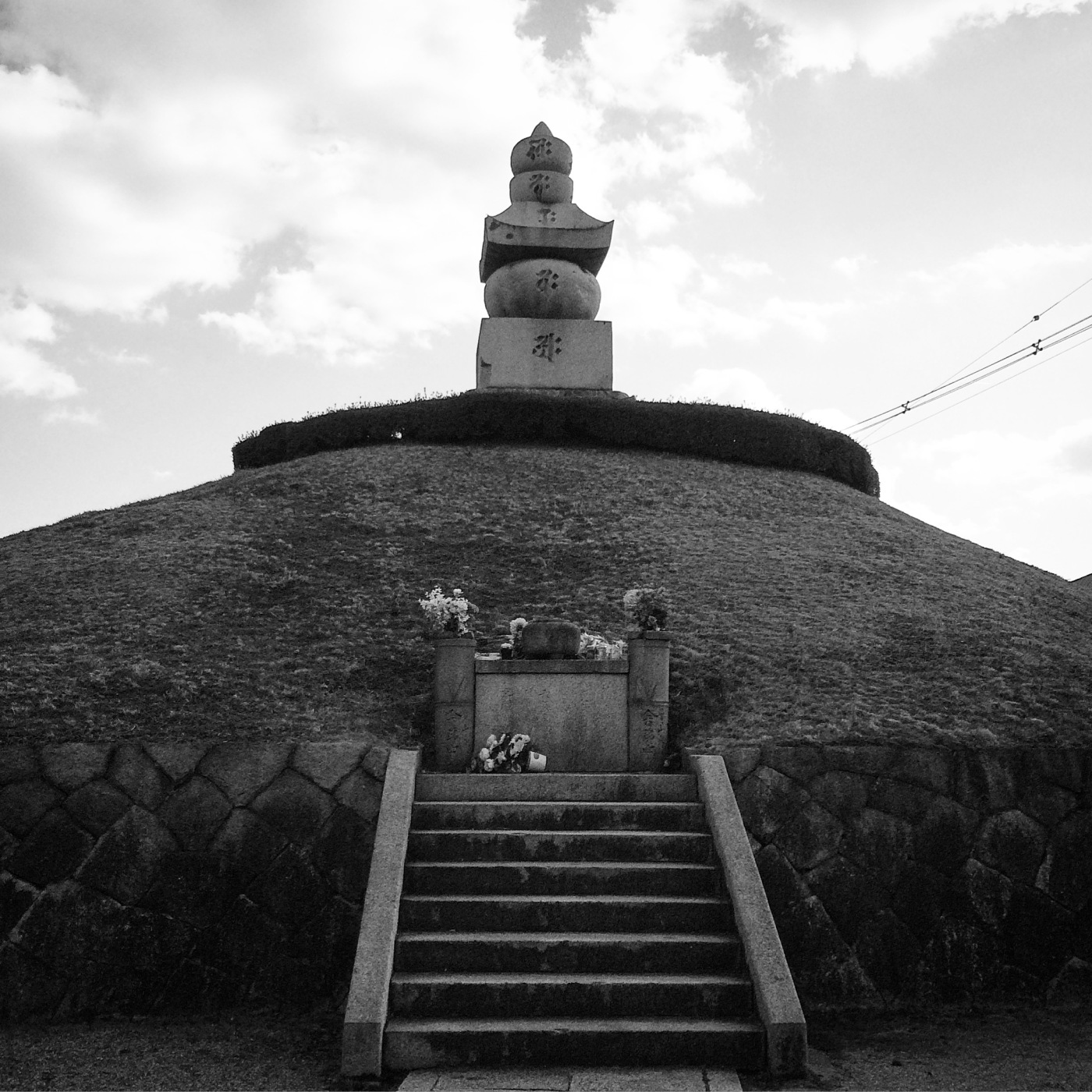 When most people think of Kyoto, they probably imagine old temples and shrines, maiko and geiko walking in the streets of Gion, the soft rustle of bamboo…and…a mound full of severed noses? Welcome to Kyoto folks! You’ve just discovered Kyoto’s Mimizuka, also known as the ear mound.

But wait! You just said it was noses, right? I did. Here’s the story of why Kyoto has a mound full of severed noses why it was renamed the ear mound.

In 1597 Toyotomi Hideyoshi led a campaign to seize the Korean peninsula. In his quest for dominance, he ordered large numbers of people to be decapitated, and to have their heads shipped back to Japan as evidence of his successes. According to Wikipedia, his orders were:

Mow down everyone universally, without discriminating between young and old, men and women, clergy and the laity—high ranking soldiers on the battlefield, that goes without saying, but also the hill folk, down to the poorest and meanest—and send the heads to Japan.

However, over the course of the campaign, there were just too many heads to ship back (over 200,000 Korean civilians and soldiers, as well as some Chinese were killed), so to save space, the soldiers cut of the noses instead. It’s unknown exactly how many noses were cut off and interred in the mound originally called Hanazuka 鼻塚 (nose mound), but some estimates put the number at 38,000. After a few decades, it was thought that “mound of noses” sounded too cruel, so the name was changed to Mimizuka, “mound of ears”. Even though we know this name to be false, it is still used today.

Another nose mound was found in Okayama, but the noses were removed, returned to Korea, and cremated. This mound is not well known in Japan, but it certainly is in Korea, and many Korean tourists will come to visit the mound when they are in Kyoto. The mound itself is right next to a playground, and just down the street from Toyokuni Jinja, where the tomb for Toyotomi Hideyoshi lies.

I’ve been meaning to visit this site for some time now, and finally got the chance to today. It’s in a quiet neighbourhood not far from the more famous Sanjyusangen-do temple. The mound is impossible to miss. There is a stupa on top of the mound, and the entire site is inclosed by a fence, which appears to always be locked. Of course, after visiting here I went to Toyokuni Shrine, which looms over the entire neighbourhood. This is far from being the only example of a disturbing part of Japanese history that has yet to be resolved. 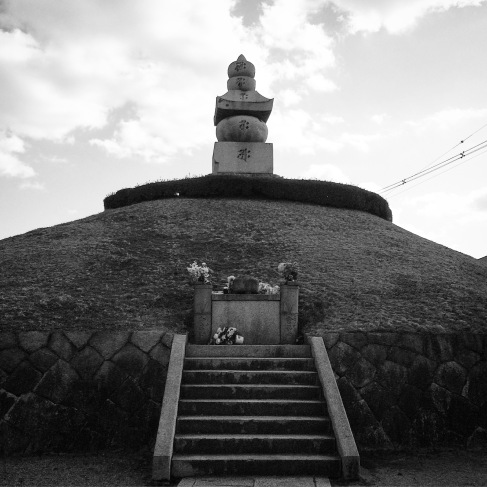 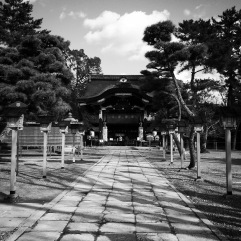 Location: 〒605-0931 Kyoto Prefecture, Kyoto, Higashiyama Ward, Chayacho, 533−1. There are several ways to visit here by public transit. Buses 206 ad 207 run very close to this area, or you can take the Keihan line to either Shichijo or Kiyomizu-Gojo and walk from there.

Hours: It’s easy to see from the street at any time of day.