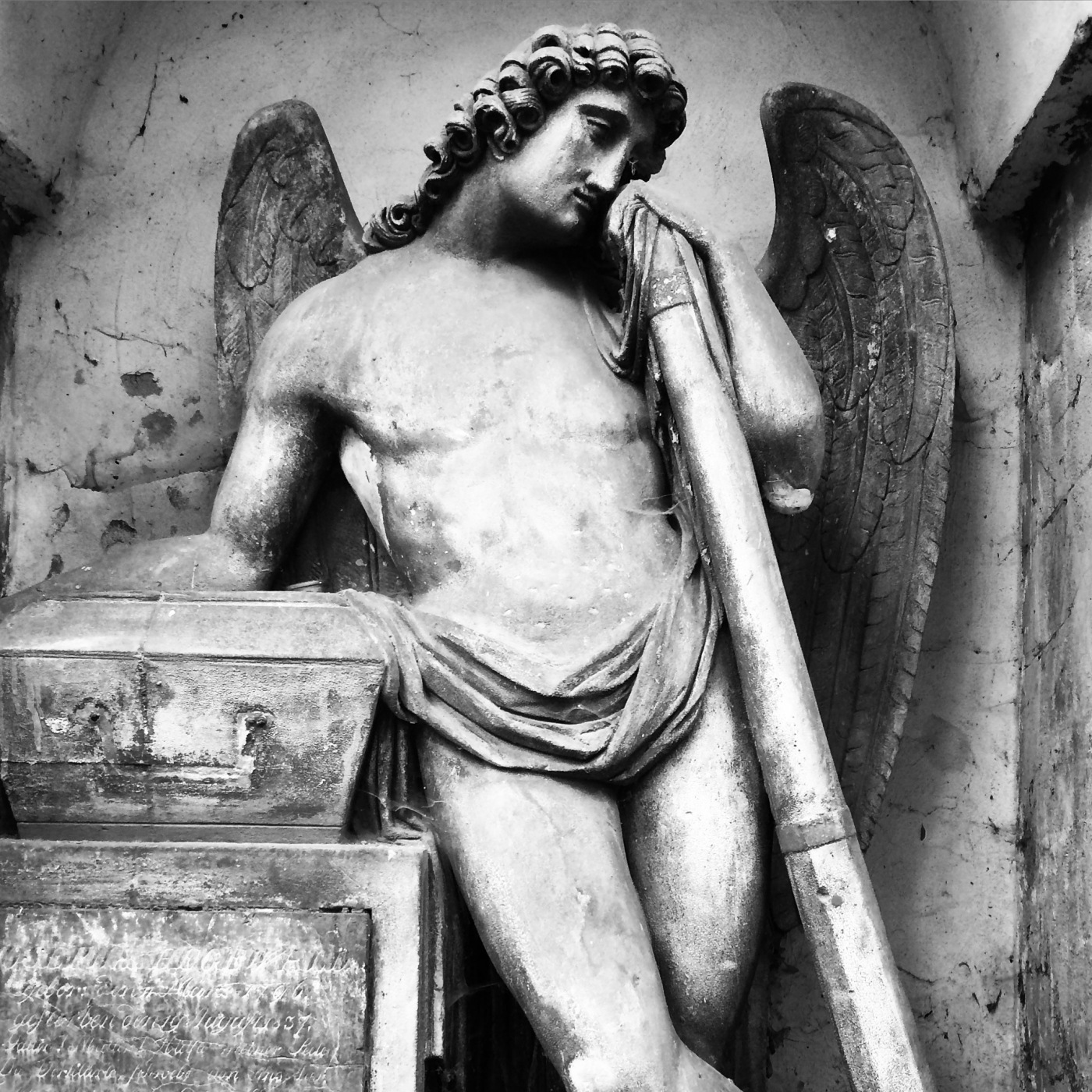 When most people think of cemeteries in Prague, they think of the Old Jewish Cemetery. But the city has plenty of other old cemeteries to visit. One of those is the Olšany Cemetery, which originally started as a place to bury plague victims. It eventually developed into one of Prague’s largest green spaces as it expanded over the years.

It’s nowhere near the tourist centre, even though its only a few stops from the main train station. When I first got out of the tram station I thought I was facing the cemetery, but was disappointed that it was closed. I was facing a cemetery, and it didn’t take me long to realize that this was the New Jewish Cemetery, which opened after they closed the Old Jewish Cemetery. If you are a Kafka fan, he’s buried here. Unfortunately, since I went on Saturday, I couldn’t go to see it. So I took a left instead, crossed the street, and entered Olšany Cemetery, which is right next door. There is an older section to the cemetery, but that’s not where I entered (in fact, if you want to enter the main gate, walk down the main road for a few minutes. From there, take a left as you enter and you’ll end up in the older section). As it was, I ended up wandering through the maze of older and newer graves all around me. It was really interesting – this cemetery is old, and has lots of old trees everywhere (the roots growing through the paths in some places) and it felt like an older, slightly gloomier version than Vienna’s Central Cemetery. Similarly, many of the graves were absolutely covered in ivy. Even though I had no idea where I was or where I was going, the place was so atmospheric it didn’t matter. There were mourners here – older, younger, with families, coming with flowers to visit graves, so I tried my best to keep out of their way and not take any photos around them. In one section though, an older woman noticed my camera and spoke to me about it, but I had no idea what she was saying – I hope it was more in line with “why are you interested in photographing old graves?” rather than “get out of here you disrespecting b****!” She didn’t seem mad or aggressive, so I think it was something like the former.

There are a lot of crosses (iron and stone), crucifixes, and many statues of Jesus in the cemetery. Some cherubs, lots of angels – but many of them had broken wings (which reminds me of the Mister Mister song) or other body parts that haven’t stood the test of time. In fact, there were many duplicates, because I ran into the same grieving angels in multiple locations. That being said, there were still quite a number of interesting statues, but one had to look for them – unlike the big monumental cemeteries in Italy and Vienna, here there statues were randomly placed all over the cemetery, although the majority were in the older section.

Interestingly, I ran into my first goth photographers that day. At first I thought they were tourists, because they looked normal and were there to photograph monuments, but I kept running into them in very desolate quiet areas of the cemetery, and noticed that the girl was posing in front of various monuments. When I looked at her more critically, I realized she was wearing a black dress (but very modern looking) and had her hair dyed red – the unnatural kind favoured by goths (which I saw plenty of the next day at Prague Castle when a group of about 30 of them came through). Everytime I ran into them though, they disappeared very quickly – I’ve never seen anything like it.

I never made it to the old plague section, which is what interested me in this cemetery in the first place, because I’ve been struggling with a sore foot (fracture? nerves?) and after 3 hours in the cemetery my foot  was in a lot of pain. Plus, the clouds were rolling in, which made this dark cemetery even darker, so it was a good time to go.

Quality of Monuments: Many of the monuments are religious in nature, either statues of Jesus or angels. As mentioned, many seem to be copies of one another, and very few of the stone statues were completely intact – many had missing fingers or arms or noses or broken wings. But there were still quite a number of interesting statues, even if they weren’t of the same high quality found in larger monumental cemeteries. Apparently there are a lot of art nouveau monuments here, but I only came across a few that clearly stood out that way to me. There are six columbariums (places to hold funerary urns) – most have glass fronts, so you can see the urn and often a picture of the deceased inside. I haven’t seen this style before.

Cemetery Grounds: The grounds are quite large, there are lots of old leafy trees, and coppery crunchy leaves cover many of the paths. There is a map at the main entrance (and a WC – very important to know if you end up far from the gate! You do have to pay for it though, the first time I’ve had to do so at a cemetery). There are plenty of benches throughout the grounds – many, in fact, are part of the grave itself (I guess for family members when they visit), but there are plenty of other places to sit as well. As someone with a painful foot, I was very grateful of this fact while walking around. I saw a few cats while here (all timid), a pair of red squirrels playing hide and seek with each other, and lots of birds – one nearly shat on me, I heard what sounded like pebbles hitting the ground beside me, but when I looked (literally, just inches from my feet) it was very clearly bird poo and I could see the offender high above me. Close call.

Visitors: Lots of mourners in every section except the old one. I did run into a few tourists here and there as well. But the cemetery is so large its easy to find another area with no one around.

Photographer notes: The main gate has a sign restricting many activities (including no pets, no smoking, no video) but there doesn’t seem to be any restriction on photography. Tripods I’m not sure about. Also, even though this is quite a green, lush place, I had no problems with any bugs.